Displaying items by tag: norfolk books - All Things Norfolk
Subscribe to this RSS feed
Saturday, 09 May 2020 00:00

The Lighter Side of the Lockdown 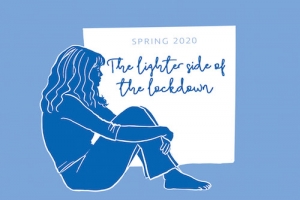 The Lighter Side of the Lockdown is a collection of poems written by four friends, all self isolating during the Covid-19 Coronavirus pandemic and published by Paul Dickson Books who are members of All Things Norfolk.

Vee Pond was the first to start writing, to help lift her spirits during the lockdown. She posted her poems on Facebook, aiming to put a smile on the faces of her followers. Her poems inspired three of her friends, Linda Marie Augood, Kathryn Bryant and Carol Saunders to start writing as well.

The poems give a lighter view of living in the lockdown, as the writers overcome their domestic frustations and the day to day lockdown routine. But they also pay tribute to our front line workers who have kept the country going. The last poem in the booklet particularly pays tribute to our NHS heroes. There's also a poem about Captain, now Colonel Tom Moore and his fantastic NHS fundraising success.

On The Edge 'book surgeries' raise £4,000 for Brundall Medical Centre 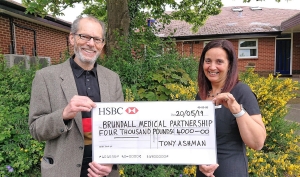 Retired Norfolk GP, Tony Ashman has donated £4,000, his proceeds from the sale of his debut mystery novel, On The Edge, to his former medical practice, Brundall Medical Centre, for a project to create a new Dispensary.

Tony held a series of 'book surgeries' at Brundall Medical Centre for patients to meet him and buy a signed copy of the book.

Lorraine Youngs, Practice Manager, Brundall Medical Centre said: “On behalf of all the patients and staff at the practice, I would like to thank Tony for his generosity, which will help the development of our new Dispensary.”

Signed copies of On The Edge are still available at Brundall Medical Centre and appointments can be made to meet Tony and get a signed book with a dedication, email This email address is being protected from spambots. You need JavaScript enabled to view it.. Proceeds from all further sales will go to the Dispensary project. 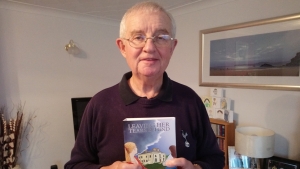 In the second of our series giving you the opportunity to learn a little bit more about the people who own or run some of the fabulous local independent businesses which we are proud to feature on All Things Norfolk, we feature Martin Wanger of Madeline Dando Books.

Madeline Dando Books is based in Wymondham and titles include "Amber Sands" and "Leaving Her Tears Behind" .

"Amber Sands" is  a true love story with bags of courage, resilience and triumph over adversity.The author wants the book to warm your heart, break your heart and to inspire each and every reader.  "Leaving Her Tears Behind" is a story of love, desire, greed, hate and revenge, that the Author thinks will keep you on the edge of your seat right till the very end. 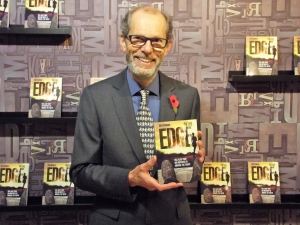 On The Edge, the debut mystery novel by retired Norfolk GP, Tony Ashman, was launched at Jarrolds book department Norwich on Thursday, November 1. The launch included a live performance of Lady Will You Be My Friend? by Norwich musician, Nathaniel Laker. The song features in the book and has been brought to life by Nathaniel.

On The Edge, price £9.00, is published by Norwich based, Paul Dickson Books. The book is set in the Lake District and Scotland and features five main characters whose lives are all 'on the edge'. Psychologist Alice is struggling to keep herself together after the year from hell. Circus performer Bonny is already falling apart. Private investigator Sammy is drinking himself to death. Guitarist Angus is nearing the end of the road and prisoner Harry is already there.

Tony Ashman's song, Lady Will You Be My Friend? Has been recorded by Nathaniel Laker from Norwich band The Visitors. The track will be released in November.

Tony worked for nearly 30 years at Brundall Medical Centre, near Norwich. He will be donating his proceeds from the sale of the book towards the purchase of much-needed equipment for the surgery. 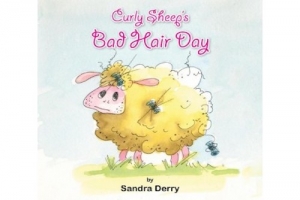 All Things Norfolk have teamed up with Paul Dickson Books to give you the chance of winning a copy of two children's books by Sandra Derry, Curly Sheep's Bad Hair Day and Molly Moo, the independent cow.

Sandra wrote and illustrated the books with the aim of introducing children to farm and countryside life and the animals are based at Applegate Farm.

To be in with a chance of winning a copy of both Curly Sheep's Bad Hair Day and Molly Moo the independent cow please e-mail the answer to the following question to This email address is being protected from spambots. You need JavaScript enabled to view it.