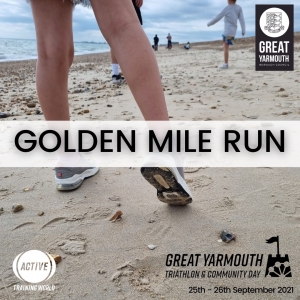 Great Yarmouth has been chosen by Active Training World, one of the largest endurance events companies in the UK, to host their end of season finale Triathlon.

Active Training World offers events most weekends of the year, ranging from running to duathlons, swimming, cycling-sportive and triathlons. Known for its friendly and community driven approach at events, the event organiser anticipates an exciting opportunity to branch out to Norfolk.

Cllr Carl Smith, leader of Great Yarmouth Borough Council, said: “This is a great event in which the entire family can get involved; whether that’s as a spectator, as a group in the family fun run or going solo in the triathlon.”

Race director, Matthew Dickinson, said “We are really looking forward to this exciting new event, offering the competitors the opportunity to complete their season in style, with such an iconic finish line. 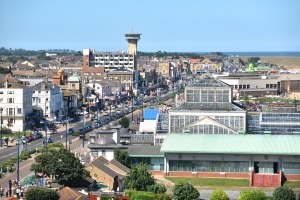 Great Yarmouth is to receive a large financial boost to help it increase its tree canopy in a scheme designed to engage local people with nature and inspire a new generation to plant and protect urban trees.

The borough is one of seven locations which are project partners in Trees for Cities, which has secured funding of over £1.2 million from the Government’s £40 million second round of the Green Recovery Challenge Fund, a multi-million pound boost for green jobs and nature recovery.

Historically, Great Yarmouth town was richly planted with many urban orchards, avenues of trees and planted areas, and the planned programme of tree planting will help re-establish these areas with avenues and landmark trees, giving local residents who have limited access to green spaces a sense of connection with the natural world and providing a lasting legacy for future generations. 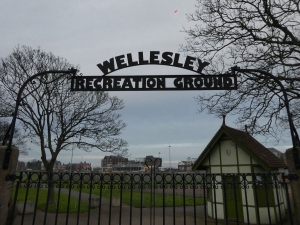 Great Yarmouth’s Wellesley Recreation Ground, which contains what is thought to be the oldest wooden football grandstand in Britain, and possibly the world, is set to be brought bang up-to-date with the addition of a new state-of-the-art artificial pitch area - and local residents and visitors are invited to have their say.

During a fun ‘access-all-areas’ event on Saturday, 21 August, everyone will get the chance to look at the exciting plans for the site, to see its untapped potential and contribute their thoughts on how the historically-important ground could be sympathetically improved for greater community use. Those unable to attend on the day can fill in the online survey.

Run by Great Yarmouth Borough Council, the ground is home to Great Yarmouth Town Football Club and Great Yarmouth & District Athletics Club, with community use on the Multi Use Games Area (MUGA) and tennis court. The football club uses the central full-size grass pitch which sits within the athletics track. 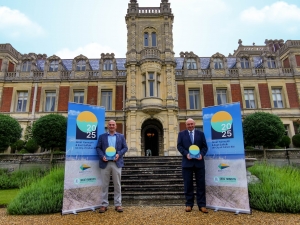 Community and voluntary groups, arts and cultural organisations, businesses and individuals across the Great Yarmouth Borough and East Suffolk Council areas have given an enthusiastic welcome to the coastal region’s entry into the race to become the UK City of Culture in 2025.

The two councils confirmed their joint bid on Monday July 19, backed by 150 letters of support from key players and community representatives of important sectors across the region.

Excitement has also been expressed on social media for what would be a game-changing opportunity, giving a huge boost to the tourism and hospitality sectors as they emerge from the pandemic and putting the whole area and its 70 miles of coastline into the spotlight as a major cultural destination.

Suffolk Chamber of Commerce president Paul Briddon said the bid would “showcase and highlight the vibrant cultural riches in evidence from Great Yarmouth and Lowestoft and indeed along the entire coast of our county” and would be a catalyst to help promote Suffolk’s wider cultural offer which is “significant both in terms of the numbers of people it directly and indirectly employs and in its impressive and growing diversity, which is attractive to not only local, but also national and global audiences.”

Culture still the focus in Great Yarmouth and East Suffolk 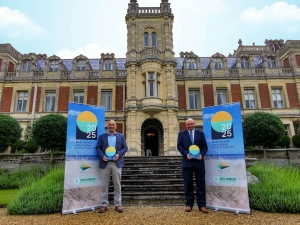 A pledge has been made to ensure that arts and culture remain firmly in the spotlight in Great Yarmouth and East Suffolk, despite the combined areas not making the longlist for the UK City of Culture 2025 competition.

In July, a record 20 different locations submitted bids to become the UK City of Culture 2025 and following an announcement from the Department for Digital, Culture, Media and Sport (DCMS) today, eight locations from across the country have been selected to go on to the next stage of the bidding process. A final three will be announced in January, with the winning area unveiled in May 2022.

A successful bid led by Great Yarmouth Borough and East Suffolk Councils would have seen the two coastal areas host a year-long programme of creative events and activities in 2025 to showcase their cultural offers to the world. However, while disappointed not to make it through to the next stage, both councils believe the spotlight has been worthwhile and the experience a very positive one, with plans in place to ensure local communities continue to benefit from existing and future cultural activities.

Cllr Carl Smith, Leader of Great Yarmouth Borough Council, and Cllr Steve Gallant, Leader of East Suffolk Council, sent their congratulations and good luck wishes to the longlist candidates which are continuing in the competition, and said they would be happy to work with them as they progressed their plans. 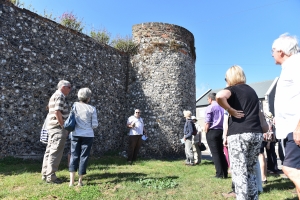 Guided Heritage walks got underway from July 1 through to the end of October, with support from the Go Trade project.

A full schedule of guided walks was planned for 2020, which unfortunately had to be suspended owing to the pandemic and rules regarding travel and social distancing. Due to the restrictions put in place by the Government, the Guided Heritage Walks were offered online as a virtual experience.

Now back and better than ever, the walks are each led by an official Great Yarmouth Heritage Guide and boast to be one of the most interesting ways to explore the resort.

The carefully curated walks showcase the borough’s rich cultural history; from the quayside, to the seaside, from the Roman and medieval military buildings to the cemetery of Great Yarmouth Minster. 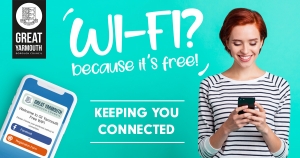 The wi-fi is available for free out-of-doors use by residents, visitors and market traders, and can be found on mobile devices under the name “Gt Yarmouth Free Wi-Fi” within the Market Place area. A dedicated extender to boost the signal underneath the market canopy itself will be fitted as part of the redevelopment of the market facilities.

Go Trade aims to support the visitor experience and offer at nine traditional markets in England and France, with 16 project partners working together, along with market traders and other town centre businesses, to develop and implement activities and projects that support town centres and visitor economies. 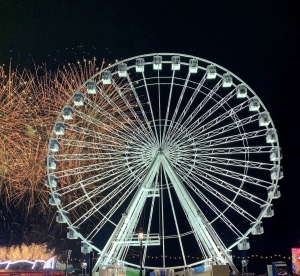 Visitors to Great Yarmouth seafront this season will have the chance to ride on a 50-metre tall observation wheel and enjoy panoramic views over the coastline, under plans by Great Yarmouth Borough Council.

The council has secured the landmark temporary attraction, at no cost, in order to provide an additional covid-safe draw, as part of supporting the important visitor economy when restrictions are lifted to allow tourism again.

The Cityliner giant observation wheel features 36 capsules, each with a capacity of up to six people, and will operate from the SEA LIFE Centre Gardens this summer, subject to planning consent and coronavirus restrictions in place at the time. The council would like to thank Merlin Entertainments for allowing this space to be used.

To ensure the safety of employees and guests, enhanced cleaning of the ride will take place during working hours. Guests will also have their temperatures taken before boarding and required to wear a face covering boarding, during and exiting the ride. 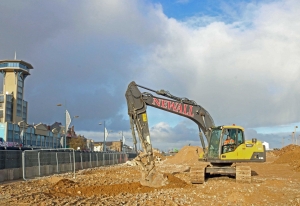 The ground has been broken to start construction of Great Yarmouth’s exciting new state-of-the-art Marina Centre, with Great Yarmouth Borough Council sharing a video on social media in order to celebrate this exciting milestone with the community.

The council’s £26m investment will be a major boost to the economy and community for decades to come, acting as a catalyst for potential further investment and seafront regeneration, whilst supporting health and well-being for the whole borough. 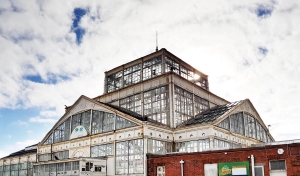 Residents and visitors are asked to complete a short survey to help bolster a major funding bid to The National Lottery Heritage Fund to save and revive Great Yarmouth’s Winter Gardens.

The Grade II*-listed landmark is a national heritage gem, the UK’s last surviving Victorian seaside cast iron and glass winter gardens, and it requires significant national investment to repair and restore, supported by a robust business plan for re-use.

With the project among only 12 shortlisted nationally to apply to the Heritage Horizons Awards scheme, Great Yarmouth Borough Council is working with conservation specialists and a preferred operator to finalise the application to the first stage of this very competitive multi-stage national funding pot.