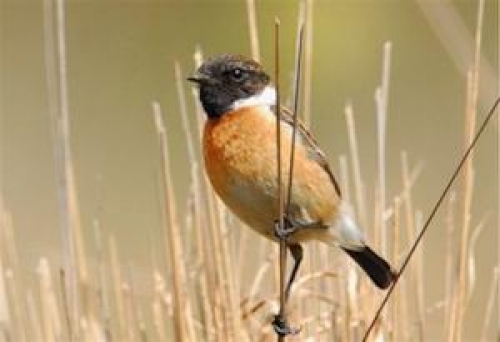 As a visitor to Norfolk I thought you would be interested learning about my observations on my own patch. I wrote ‘Time to Stare’, my personal overview of twenty five years of watching wildlife which was published in 2005 by Norfolk Publishing House Grice Chapman.

I expressed concern regarding the decline and long term survival of some of the birds of the area but I never foresaw the dramatic decline that has occurred in the four years since. Walking around the area this spring the lack of birdsong was frightening, it caused me to reflect on what it must be like to lose your hearing, all those magical sounds gone forever, the silence was deafening.

I would add that both the Siskin and Crossbill are subject to irruptive behaviour. Corroboration that there has been a decline in the Blue Tit, Greenfinch and Great Tit populations, all regular peanut eaters, is shown by the fact that the amount of peanuts consumed in my garden over the last couple of years, has gone down by 75%.

The virtual loss of the Lapwing is particularly poignant; it is the iconic farmland bird. One of the traditional signs of spring over farmland is the tumbling display of the male lapwing. On broad rounded wings, he climbs, rolls and falls as if out of control, all the time emitting a rhythmic, wheezy song. I am aware of only one pair in the area this year; thirty years ago they were common. We also appear to have finally lost the Turtle Dove, its presence was highlighted by a soft purring song, which seemed to add the final soporific touch to a balmy summer’s day.

There have been a couple of plusses in recent years as a result of Heath Restoration work undertaken by the Forestry Commission. We have had the first recorded breeding of Wood Lark in the area for twenty five years and also the first recorded breeding of Stonechats in the district for at least thirty years. The re-creation of these heathland areas will also hopefully help to sustain a fairly stable population in the district of the crepuscular Nightjar, a rather mysterious bird whose remarkable cryptic plumage make it difficult to see even at very close range.

The reductions in the hirudines group is particularly dramatic, ten years ago on a warm summers evening it was possible to see large numbers feeding at altitude over Beacon Hill and swooping over the local conifer plantations. Now fewer than twenty are seen at any one time. On a more personal note swallows have nested in our barn for the twenty five years we have lived here. Over this period they have charmed us with their aerial skills, confiding nature and twitterings. One of the major causes of the drop in swallow numbers is the shortage of nest sites, most of the barns in the district have been converted into living accommodation. As a species, swallows always return to their ancestral home to breed so once lost to an area they are unlikely to return.

I think over the years the reduction in passerines numbers both resident species and summer visitors throughout the U.K. has been well documented and researched but has never received the same national attention or urgent action as applied to the losses and re-introduction of the more spectacular birds at the top of the food chain. Nearly all of the species I have mentioned have suffered very significant national losses over the last forty years or so, some as great as 50% or more. The reasons for these losses are numerous and complex and in many instances interrelated. They include climate change, habitat loss, destruction of field margins, reseeding of pastures and overuse of pesticides and herbicides. The losses that have occurred in the summer migrant population have to be due primarily to climatic changes coupled with food shortages and drought on their winter feeding grounds together with losses during migration. I understand this specie loss is occurring all over Europe but the greatest losses are in the United Kingdom.

Despite this decline large numbers of small birds are also still legally trapped and shot in some European countries. Efforts to eradicate these pursuits have been going on for years, the total banning of these practises is long overdue. One of the outcomes of these population losses, is that territorial vacancies will occur in the more favourable habitats in the countryside, allowing for probable increased ‘local’ dispersal and more space for incoming summer migrants. In my area owing to its natural topography it has a climate of its own, temperature swings can be extreme and being subject to all the prevailing winds, the conditions can be particularly hostile for small passerines.

Consequently when we have wet and windy cold springs as we have experienced in recent years, many of the ‘local’ resident bird population will probably seek a more benign environment; in this particular instance at lower altitudes and the incoming summer migrants will respond likewise. Cold springs have also resulted in breeding failures with failed and smaller broods. Great Tits feeding their young on bumble bees has been a familiar sight during these cold springs. Signifying that their breeding cycle is either becoming out of synch with the emergence of their main food source caterpillars, due to the changing weather patterns, or, there are reduced numbers of Lepidoptera larva. When all these happenings are coupled together the local population losses are dramatically highlighted.

i have thought for some time that the population changes in this area appeared to be more severe than normal and considered it to be the add on effect of the local climate. It is only natural that as overall specie numbers decrease those areas that experience the harsher climatic conditions will show the specie loss first. But what these observations highlight very graphically is the seriousness of this species loss and how quickly these losses can accelerate. I fully accept that much good work is being carried out by Conservation Bodies and their armies of volunteers, particularly with respect to the ‘Wildlife reserves and Corridors’. But these on going programmes of re-generation, which will benefit our resident species in particular, are not happening fast enough.

Through research we know what is going wrong and what is needed to put it right. The real problem is that these days we do not like making decisions that might offend somebody, the combination of committees and consensus politics rarely solve anything. We need some rapid decision making and then get on and implement them, but we have to accept there will be a cost. Any new orchestrated approach must have at its heart some new agricultural-environment alternative to the Common Agricultural Policy, which has done so much harm to our wildlife in the U.K.

Studies show that in many Eastern and Southern European countries where low-intensity agriculture is practised, bird losses are comparatively smaller. Do we have to wait until they experience the same losses as the U.K. before anything is done; if we do we will have little left to save! The government needs to be prepared to ‘Rock the European Boat ‘and take a much more independent and decisive role to protect our bio-diversity if we are to have any real chance of arresting this spectacular decline.

Within such programmes more attention should be paid to the management of hedges and field margins they are the highways and bye-ways of the animal world. Thick hedges are absolutely vital to thrushes, finches and numerous other songbirds, no safe nest sites, no future! In my opinion the over use of hedge cutting machines devastates the hedges and stunts re-growth. Mature wood is often left with the severed ends looking like frayed rope, leaving them susceptible to rot and disease. Many hedges are cut back too severely, leaving little or no cover for nesting birds, and readily accessed by the ever increasing numbers of predatory corvids, another significant factor in song bird losses. I have long advocated selective culling of corvids and the other major nest robber of song bird nests the ‘tree rat’ or Grey Squirrel.

I accept this is a very difficult subject because such actions do not go down well with the general public but if these species are destroying our biodiversity then something needs to be done. A recent statement by the Songbird Survival Trust was also in support of such action. A good analogy for this specie loss is to liken it to the drying up of a pond; all that is left before it finally dries out are a number of small puddles, except in this case it will be a number of small oases of wildlife, the thought of such a scenario is frightening. Is this to be our legacy for following generations? Maybe areas like this should be used as a barometer for what is happening throughout the country, ‘when improvements are seen here, we know the water level is rising everywhere’. .

Best Beauty
Welcome to Best Beauty. We provide a full range of beauty treatments in our contemporary, chic and welcoming space set in the historic heart of Norwich.  We are situated within the oldest hotel in the UK, surrounded by Norwich’s most ...
Explore

Whitehouse Publishing
Paul Thomas, owner of Whitehouse Publishing and author of the romantic adventure, and fantasy novel Changing Colours, lives in Coltishall, Norfolk – and loves the county which has been his home and business base for more than half a century. He has ...
Explore

The Lodge Griddle and Grill
The Lodge Griddle & Grill has had a radical makeover for its 10th anniversary year and now serves a variety of mouth-watering dishes with sizzlers, steaks, ribs and grills with a few pub favourites thrown in the mix. An independent restaurant ...
Explore