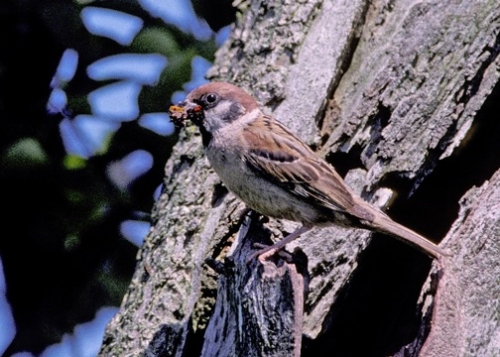 In 2005 Grice Chapman Publishing, a small independent Publishing House based at Burgh-Next-Aylsham received a script from a gentleman in Monmouthshire who had been trying to get his work published, his name was Ray Armstrong. Ray had seen that Grice Chapman had published books by Hugh Brandon-Cox about the Wildlife of East Anglia and hoped they would be interested in publishing his book on 25 years of keen observations of the rich diversity of wildlife in his villlage. When Ray shared over 100 wildlife photographs, many the result of many hours of patient watching and waiting in all weathers, to accompany a script with a sharp well defined focus, there was soon a book contract heading from Norfolk to Ray's letterbox!

Grice Chapman Publishing knew that the combination of stunning photography and a narrative viewed through the eyes of an Author with a true romance for the Countryside would appeal to nature lovers everywhere, rather than just those where Ray was based in the village of Trellech in Monmouthshire. The book was subsequently printed at Barnwells in Aylsham and when published received glowing reviews in local newspapers here in Norfolk as well as National Newspapers and Wildlife magazines. Broadcaster and Naturalist Iolo Williams wrote in the preface "To see so many gorgeous shots in one beautifully produced book is a real treat"

Anyway roll on 12 years and we are delighted to share with you a follow up article that Ray Armstrong has written for All Things Norfolk which is extremely thought provoking and as the title suggests is a wake up call in respect of the alarming decline in Wildlife in the same patch as where his book was based on 12 years ago. As Ray mentioned to us, this isn't just happening on his patch but all over the UK and therefore he felt his article would be of great interest to All Things Norfolk followers.

I am reflecting of my observations of thirty years of wildlife watching around the Trellech area. We moved to Beacon Farm on Beacon Hill in the winter of 1984. The property sits at an altitude of 285 metres on a south-west facing slope of the Trellech ridge. The garden was about two acres in size and was bordered by and contained a number of deciduous trees namely English oak, rowan, common beech, gean, and the evergreen holly. On three sides were extensive coniferous woods in various stages of growth, together with some areas of heath and bramble. Within the garden itself there was a third of an acre of old flower meadow, some areas of lawn, and several small patches of wild fern, gorse, and bilberry together with an assortment of shrubs 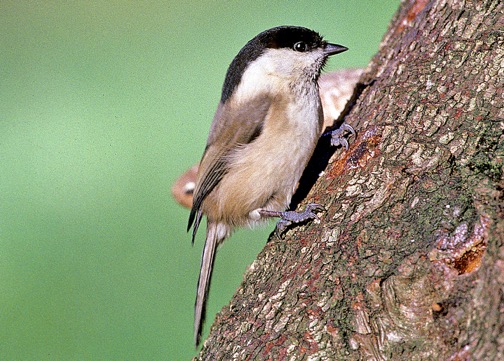 Up until the mid-nineties the garden was a haven for wildlife particularly birds, we had up to fifty species of resident and migrant birds at various times of the year many of them nesting in and around the edge of the garden including Swallow, Spotted and Pied Flycatchers, Redstart, Tree – creeper, Willow Warbler, Garden Warbler, Wood Warbler together with various Finches, Pied Wagtail, Blackbird, Thrush and various Tits including the Willow Tit.  We had visiting Greater Spotted and Green Woodpeckers and in the autumn and early spring we used to have Grey Wagtails feeding on insects on the roof of the house. From this period onwards the number of bird species and associated populations began to decline so when we left in 2015 the number of species seen in and around the garden was less than thirty. 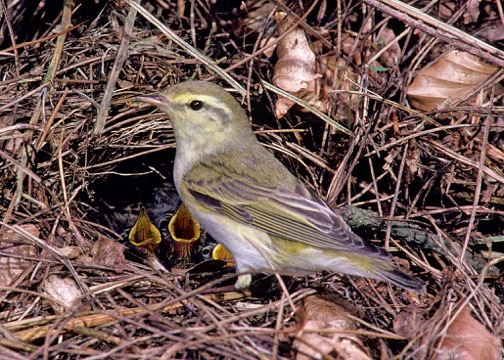 One of the sights and sounds in early spring in the old pastures below us was the tumbling flight display of male lapwings, the iconic farmland bird. On conspicuously broad rounded wings, they climb, roll, and fall as if out of control, emitting a rhythmic, wheezy, ecstatic song accompanied by noisy beatings of their wings, they were a common breeding bird in the district now they are gone. Another common sound in the local fields was the call of the disappearing curlew. The call ‘coulis’ or kour-lie’ has a haunting quality, vividly evocative of the wilder moorland places and the coastal mudflats it inhabits elsewhere in Britain and is the favourite song of many birdwatchers. 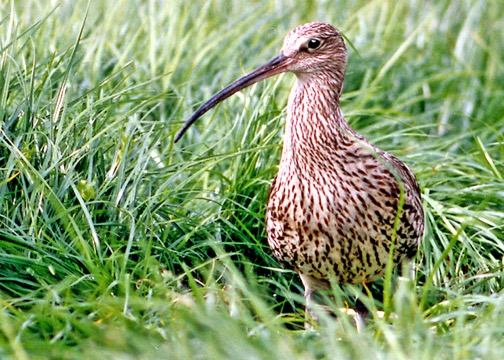 The Skylark was also common on the open fields notable for its song, not only for the quality of the trills, warbles and mimetic passages, but also for its duration."

Sadly they are no longer present. Yellowhammers were also a common farmland and hedgerow bird, they are now very scarce. 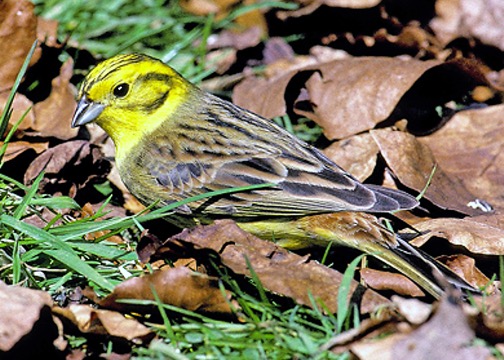 Taking a walk on a summers evening on the Beacon, the sky would be alive with hunting hirundines. In the early days ‘purring’ Turtle Doves and their young could be seen feeding on the climbing corydalis together with nesting Whinchats. Now the Turtle Doves and Whinchats have gone and only isolated hirundines are to be seen.

When we first moved there I put up 18-20 nest boxes in and around the garden and in the late eighties and early nineties I had a take up of 75-80% by Great Tits, Blue Tits, Redstart, Pied Flycatcher and Nuthatch. When we left in 2015 only 2-3 boxes were in use by Tits. 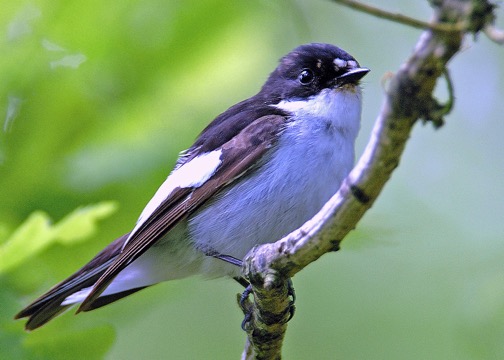 It isn’t just the birds that have declined when I was running a moth trap I regularly used to find three or four toads waiting near the lamp ready to take advantage of any easy pickings but post 2000 sightings were minimal. The same observation goes for the hedgehog it was a regular visitor to the garden but once again was rarely seen post 2000. 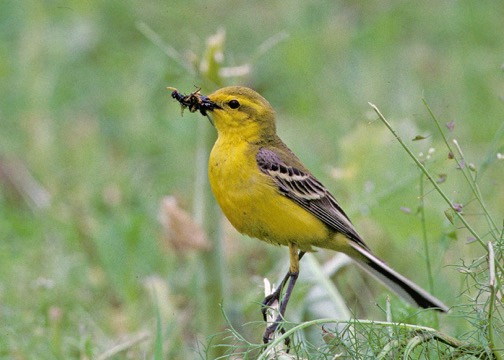 The reasons for this rapid decline are numerous, complex and in the case of some species interrelated They include climate changes, overuse of pesticides, and habitat loss, like the loss of hedges and headlands, draining of wet areas, barn conversions, cleaner farmyards and modern farming techniques. Thick hedges are the highways and by-ways of the animal world. They are absolutely vital to thrushes, finches and numerous other songbirds. Historically local farms were always mainly livestock based, but over the period of this decline, there has been a significant shift towards arable. The move from hay to silage and the reseeding of old pastures over recent years and the associated multiple grass cuttings over the spring and early summer months- has resulted in the destruction of nests of the ground nesting birds like the skylark and curlew.

In my opinion the over use of hedge cutting machines devastates the hedges and stunts re-growth. Mature wood is often left with frayed severed ends, leaving them vulnerable to rot and disease. Many hedges are cut back too severely, creating gaps, leaving little or no cover for nesting birds and as a result readily accessed by increasing populations of corvids. I have long advocated selective culling of corvids and the other major nest robber the ubiquitous grey squirrel or ‘tree rat’. I think the carrion crow is the main corvid offender, in the past if you saw a flock of large black birds in a field you immediately knew they were rooks, as carrion crows were only seen in pairs or in small family groups. This is no longer the case flocks of 30-50 carrion crows are now commonplace. On several occasions in the past I have witnessed carrion crows constantly harassing and distracting sitting lapwings before finally stealing their eggs. I accept that talk of culling is a very difficult subject because such actions do not go down well with the general public but if these species are helping to destroy our bio-diversity then something needs to be done?

I fully accept that conservation bodies together with their army of volunteers are carrying out very good work. Particularly with respect to the wildlife reserves and wildlife corridors. But these on – going programs of regeneration need to be expanded, there is an urgent need to come up with more practical and imaginative plans to safeguard our diminishing wildlife, current plans are plainly inadequate.  We need to make faster decisions to implement them, but there will be a cost. Studies show that in many Eastern and Southern European countries where low-intensity agriculture is practiced, bird losses are significantly less.

What these observations highlight quite graphically is the extent of this specie loss and how quickly these losses can accelerate. An analogy for these losses is that as a pond dries up, all that is left are a number of small puddles, except in this case it will be a number of small pockets of wildlife. The thought of such a scenario is frightening, is this to be our legacy for future generations?

Time to Stare, Wildlife in a Corner of Britain is available to purchase in the All Things Norfolk shop for a special price of £12.95 (RRP £19.95) with free postage and packaging. To find out more and purchase a copy please click on the image of the book cover below 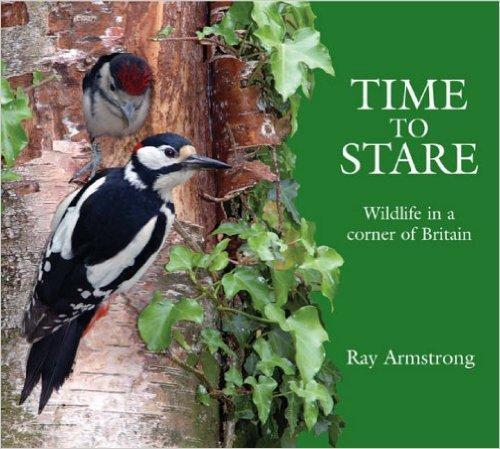 Brick and Bower
Here at Brick and Bower we have been providing our clients with a high quality, tailored service for over 20 years. Our wide range of knowledge enables us to complete projects in the Carpentry, landscaping, building renovation and restoration ...
Explore

Budget Marquees
For Sale:  ‘Instant Gazebos Event Tents' - buy plain or branded with your company or club name and logo, slogan, photos... Our range is the biggest, and comes in 3 grades, 11 sizes and up to 19 colour combinations, as well as Compact ...
Explore

Anglia Drain Doctor
The Drain Doctor is an emergency plumbing, blocked drains and drain repair service that reaches more of the Anglia region than any other. It covers the area from Cambridge to Basildon and Norfolk to Southend and has a superb team of qualified ...
Explore 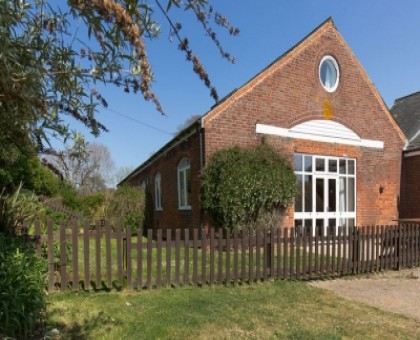 More in this category: « And Quiet flows the Wensum Lisa Redford Unplugged - Norfolk Day »
back to top