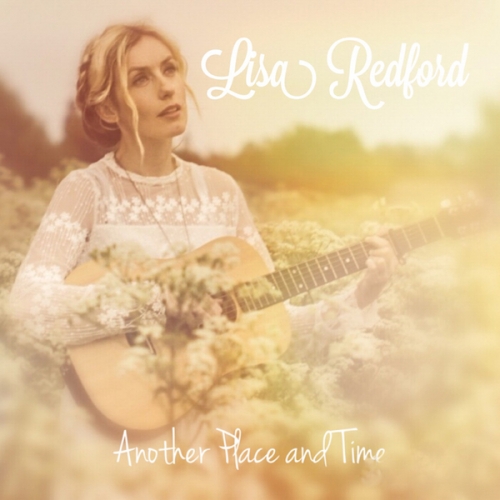 Since its release on April 8th I’ve been busy continuing to promote my new EP ‘Another Place and Time and have been so happy with the response to it.  Amongst all the lovely reviews, Outline Magazine gave me 8 out of 10 and different tracks from the release have had airplay on various Americana, folk and singer/songwriter shows. First single ‘Music and the Mountains’ has been played on Bob Harris’s BBC Radio 2 show and Amazing Radio. The title track was also recently played on BBC Radio Norfolk, thanks to Keith Greentree and his Rodeo Norfolk show, which plays the best in country music every Saturday between 9am and 12pm.

As well as being available on iTunes, Amazon and Spotify, there are still a few limited edition signed CD copies available to buy at my website www.lisaredford.com my BandCamp page at http://lisaredford.bandcamp.com and the excellent folk acoustic site Fish Records who sell releases by acclaimed folk and acoustic artists.  Thanks so much to everyone who has already ordered a copy!

It has also been exciting that ‘Courage’, the debut single I’ve written for my vocal student, Breeze Redwine, has been so well received, with the video having thousands of views on YouTube. It was lovely to meet the guys again at Mustard TV to talk about the single and the video’s anti-bullying message. Breeze’s next single ‘Dreams’, which I’ve co-written, was released on the 8th of May and it’s a really uplifting pop track. 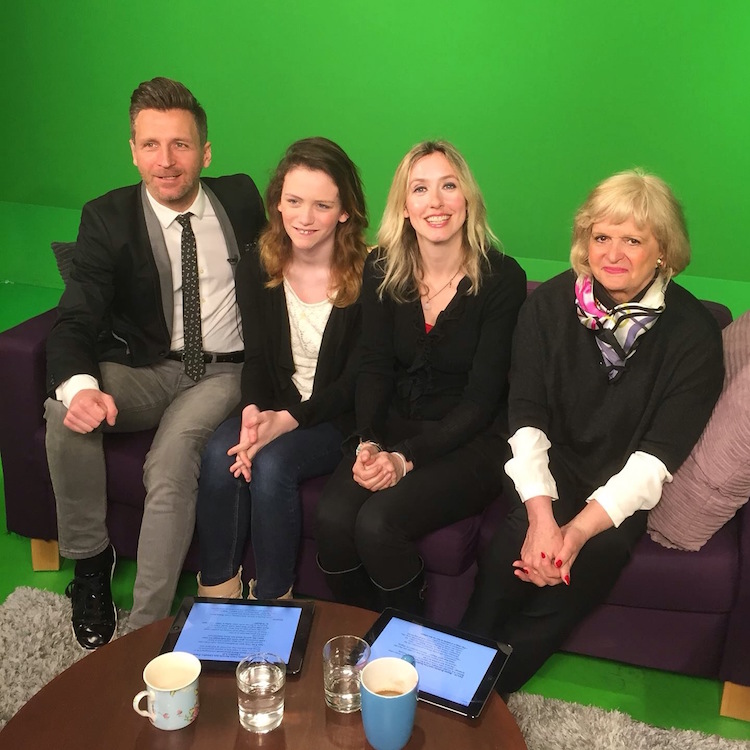 Here's the inspirational music video, dedicated to the sports men and women training for Rio 2016:

Breeze is preparing to represent Great Britain at an international singing contest, travelling to Long Beach, California to take part in the World Championships of Performing Arts (WCPA) which attracts contestants from 60 countries.  If you want to support her on this amazing journey and opportunity, please read more here:https://www.gofundme.com/breeze-team-gb 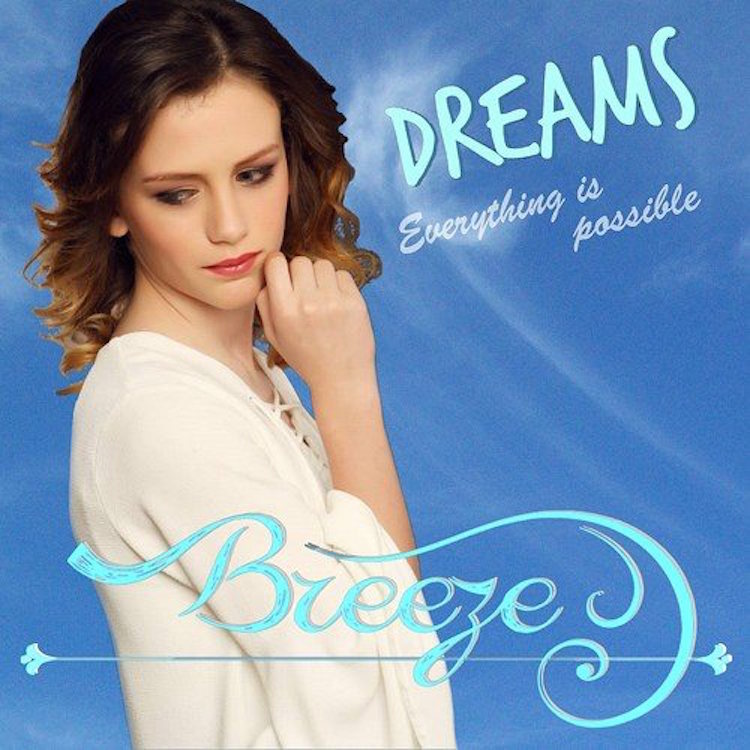 May brings the Norfolk and Norwich festival which begins on May 13th and amongst all the world class theatre, music, art and literature there are some real treats for fans of quality folk and Americana songwriters.  On May 25th in The Adnams Spiegeltent tent in Chapelfield Gardens Lera Lynn will be performing, the first date as part of a tour across the UK and Europe in support of her excellent new album ‘Resistor’. Lynn’s debut album ‘The Avenues’ from 2014 was in the Top 50 Albums of the year in American Songwriter and Rolling Stone and fans of HBO’s critically acclaimed True Detective will recognise Lera as the recurring barroom singer. She also contributed original songs to the show's soundtrack with legendary producer T Bone Burnett. 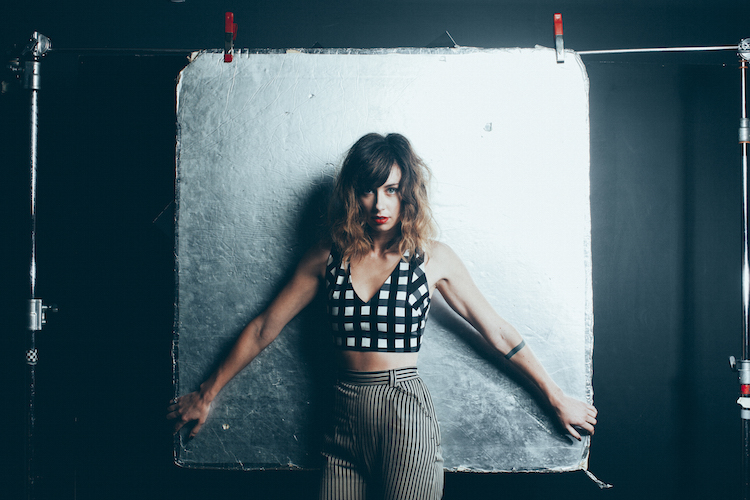 I’ve heard from Lera and here’s what she has to say about coming to tour the UK: "I always love playing festivals in the UK, since the audiences are such astute and respectful listeners!.” With regards to playing Norwich she says, I've never been to Norwich. Playing the Norfolk & Norwich Festival is the best way I can imagine getting a feel for the people there. Can't wait!” The first release on Lynn’s own label, ‘Resistor’ takes a different approach to her emotive music, focusing more on texture, as she explains, “Resistor has this otherworldly quality to it, this darkness, this sense of atmosphere and space.”

I’m looking forward to May 14th when Teddy Thompson will be at Norwich Playhouse.  I’ve been a fan of his music and voice for a long time and enjoyed his ‘Separate Ways’ album so much I ended up working with its producer Brad Albetta on my album ‘Clouds with Silver’ in Brooklyn. On my EP ‘Reminders’ I also recorded with members of his band including his bass player Jeff Hill, who also produced the EP, and Ethan Eubanks on drums. Released on Cooking Vinyl, Thompson’s latest release, ‘Little Windows’ is a collaboration with American singer-songwriter Kelly Jones. Recorded live, the album is full of stunning harmony duets reminiscent of the Everly Brothers.

Another favourite performing at the Playhouse is Ethan Johns on May 24th. Beginning his career as a drummer/guitarist with Crosby, Stills and Nash and Emmylou Harris, Ethan is renowned as a producer for the likes of Ryan Adams, Laura Marling, Paul McCartney and Ray LaMontagne and produced one of my all-time favourite albums, Ryan Adams’ Gold. Now touring as an artist in his own right, his third album, last years ‘Silver Liner’ showcases his timeless British and American folk and features acclaimed musicians such as BJ Cole. On May 27th Billy Bragg will be at Great Yarmouth Hippodrome. Recent recipient of the Trailblazer Award at the inaugural UK Americana Awards earlier this year, he has produced 15 studio albums and last year published A Lover Sings, a volume cataloguing a selection of his celebrated and poetic lyrics. More information about these great concerts and more are at the festival’s website: www.nnfestival.org.uk/

For news of my new EP and teaching information, please take a look at www.lisaredford.com 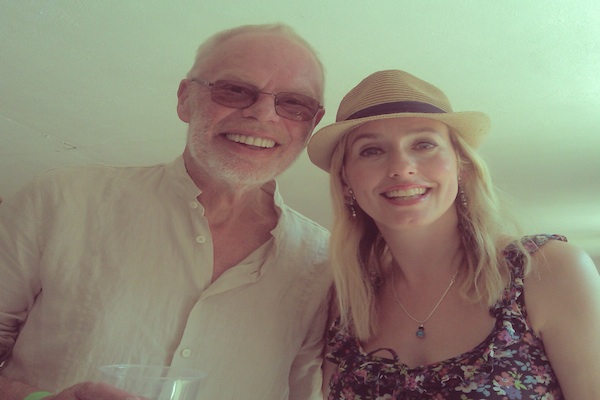 Fosters Solicitors
Fosters is one of East Anglia's leading law firms, founded in 1761 with offices in Norwich, Wymondham, Thetford, Lowestoft and Bury St Edmunds. We are the only firm of Solicitors in Norwich that offer a full range of integrated services to ...
Explore

Hot Tub Barn
Hot Tub Barn is a family run business with a good reputation, and has been selling hot tubs for over 15 years. With several showrooms in UK including Kings Lynn, we have a wide range of hot tubs and swim spas on display with water in so you can see ...
Explore

Oneline Small Business Consultancy
Running a business can be a lonely job, even if you have staff. Wondering if you are doing the right thing; wondering why the 'right thing' doesn't seem to be working; wondering if anyone else has done the same thing and it was 'right' or 'wrong'. ...
Explore