Great Yarmouth’s train station has been given a bright new look with a mural celebrating both the Queen’s Platinum Jubilee and the 140th anniversary of the Town Hall.

The artwork is the result of partnership between arts group Reprezent Projects, Greater Anglia, and Great Yarmouth Borough Council.

It features images of the Queen from 1952, the year of her accession, and from this year, alongside a picture of the train that brought her to Great Yarmouth in 1985 and the nearby Town Hall, which this year celebrates its own 140th anniversary. A large union flag sits in the centre of the artwork.

The artwork was completed this week and appears on the side of the Great Yarmouth train station building, off Acle New Road, next to a popular pathway.

Great Yarmouth’s riverside Town Hall was officially opened on May 31, 1882 by the then Prince of Wales - later to become Edward VII.  Over a hundred years after opening the building, Edward VII's great-grand-daughter Queen Elizabeth II visited with the Duke of Edinburgh in 1985, where they were welcomed by a choir of 250 local children.

Reprezent’s Ruben Cruz said: “The mural was done by Gnasher, a well know British artist that we have wanted to work with for some time. “It celebrates the 70 years of the Queen’s Platinum Jubilee, with a purple theme matching the jubilee colours, and includes the train from 1985 that the Queen arrived on when coming to Great Yarmouth. We also wanted to celebrate the town, and so it includes the Town Hall which was built 140 years ago, a double platinum anniversary.”

Greater Anglia’s head of corporate affairs Jonathan Denby said: “We are proud to play our part in Great Yarmouth’s Platinum Jubilee celebrations, through our positive role in the creation and installation of the fantastic mural at the railway station. Thank you to Reprezent for designing and producing the mural and to the Wherry Lines Community Rail Partnership and Great Yarmouth Borough Council for their support in making the project happen. It brings colour and a sense of celebration to the station, which sets the tone for people arriving by train for Great Yarmouth’s Jubilee events, and provides a great way of commemorating this special year.

“Her Majesty the Queen has always been a great supporter of rail travel. She has visited our region many times by train during her reign, both on the Royal Train - including to Great Yarmouth in 1985, as illustrated on the mural – and on normal scheduled services, so the rail station mural is very appropriate and I’m sure will impress passengers and visitors to the town.”

Great Yarmouth Borough Council leader Carl Smith said: “The train station is an important gateway to the town, used by thousands of visitors to Great Yarmouth – including the Queen herself. I am delighted that we have been able to work with Reprezent and Greater Anglia to bring this dual celebration of Her Majesty’s Platinum Jubilee and our own Town Hall’s 140th anniversary to life.”. 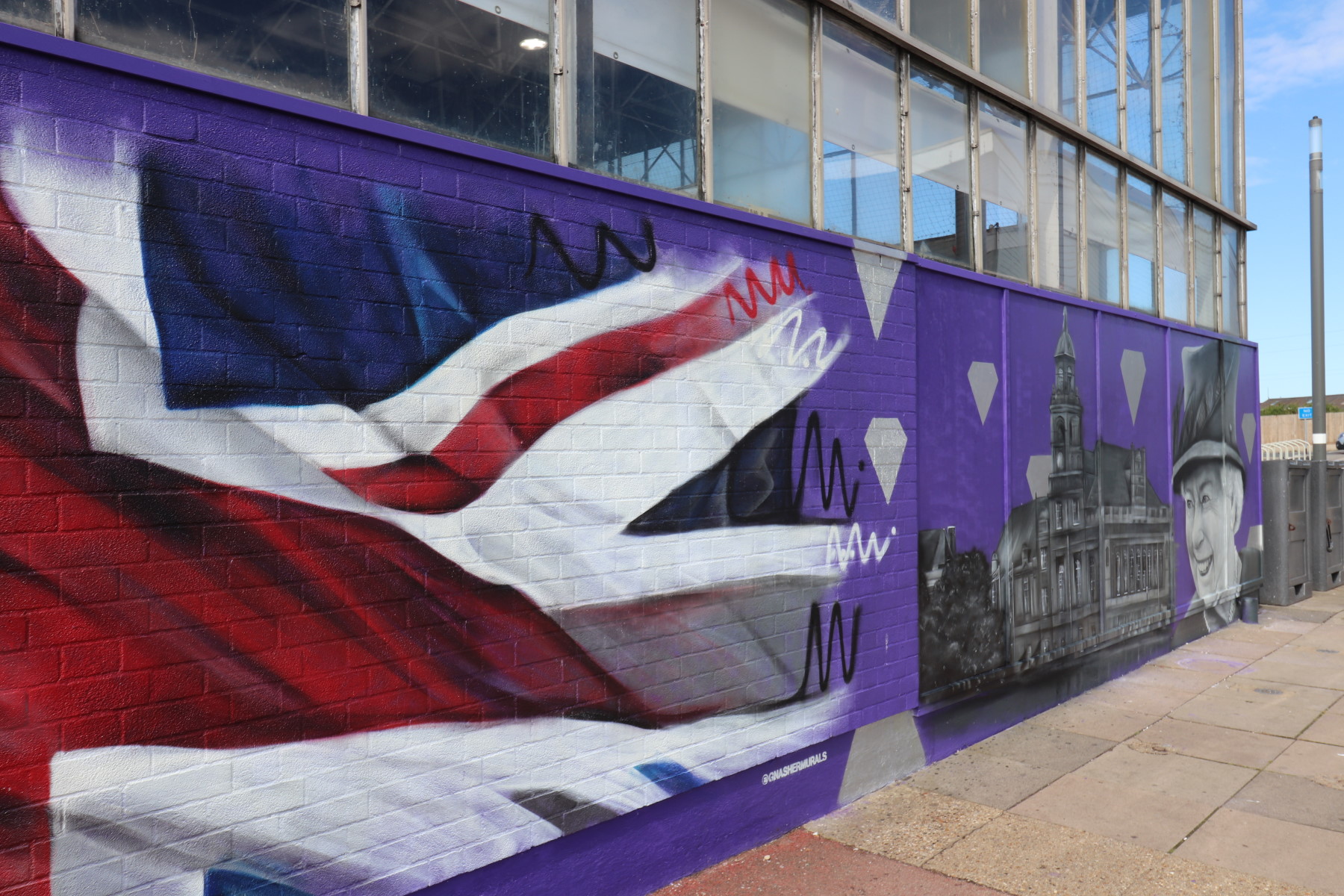 The mural is part of a series of events organised by Reprezent and supported with funding from Norfolk Community Foundation and Arts Council England’s Let's Create Jubilee fund.

The community arts group is working with Great Yarmouth’s Jay family to host two free festivals, at The Empire on Marine Parade in Great Yarmouth on Saturday 4 June and at the Ocean Rooms on Pier Gardens in Gorleston on Sunday 5 June, both from midday till late.

On the Sunday, visitors can additionally take part in a sandcastle competition to win tickets to the Great Yarmouth Hippodrome summer show and much more.

Mr Cruz said: “This will probably be the biggest community street party locally and it's all free. Reprezent Project aims to bring the diversity and community together through art, and this is a festival for everyone.” 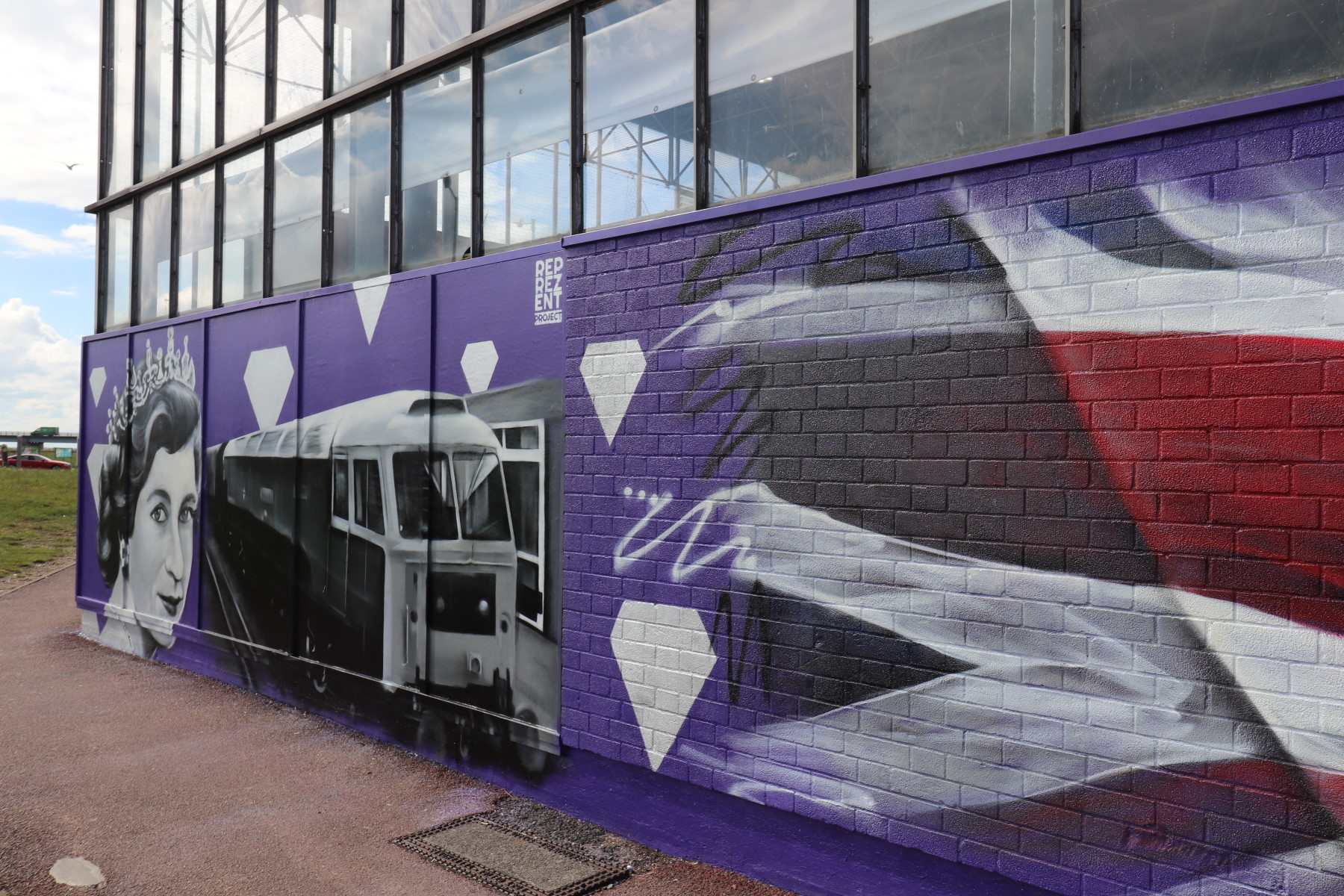 The Fox at Lyng
Set in Norfolk’s Wensum Valley, Lyng is in a beautiful part of the country which is very popular with walkers and anglers, so once you have had enough of outdoorthe main street, and near to a stream in the charming Village of Lyng, The Fox ...
Explore

Studio Clark
Studio Clark is run by myself, Jodie Clark. I am passionate about all things creative whether it is design, photography or art. I have 15 years experience as a graphic designer and decided set up Studio Clark so that I could continue my creative ...
Explore More in this category: « Council partners with First Bus to offer free travel passes for Ukrainian families Tallest beacon in East Anglia illuminated in honour of the Queen's Platinum Jubilee »
back to top