News from Westacre Theatre : The Summer House in 2022 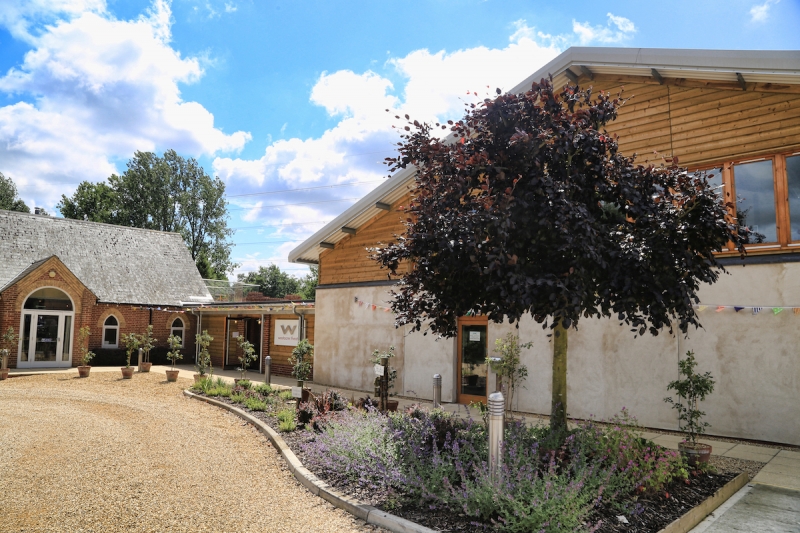 What is lined-up at your local community theatre this summer?  Westacre Theatre is returning to its roots by embracing the very latest in technical design.

Over 30 years ago, Andy Naylor and Issy Huckle originally founded the Theatre by successfully staging Shakespeare and other classic drama in the wonderful outdoors on glorious summer evenings.  Those joyous performances in such an idyllic setting are still recalled fondly by older members of the current audience.

Since then, the Westacre Theatre Company has migrated across the road to a more permanent home. There they have presented countless productions on the intimate Studio stage in the village’s converted Methodist chapel.

But now, for many venues including in London, the pandemic hastened the attractive proposition to return outdoors where improved ventilation has a marked advantage with an airborne virus.  Westacre willingly joined the trend so when reopening of theatres was permitted during last summer, they could launch their brand new canvas canopy. 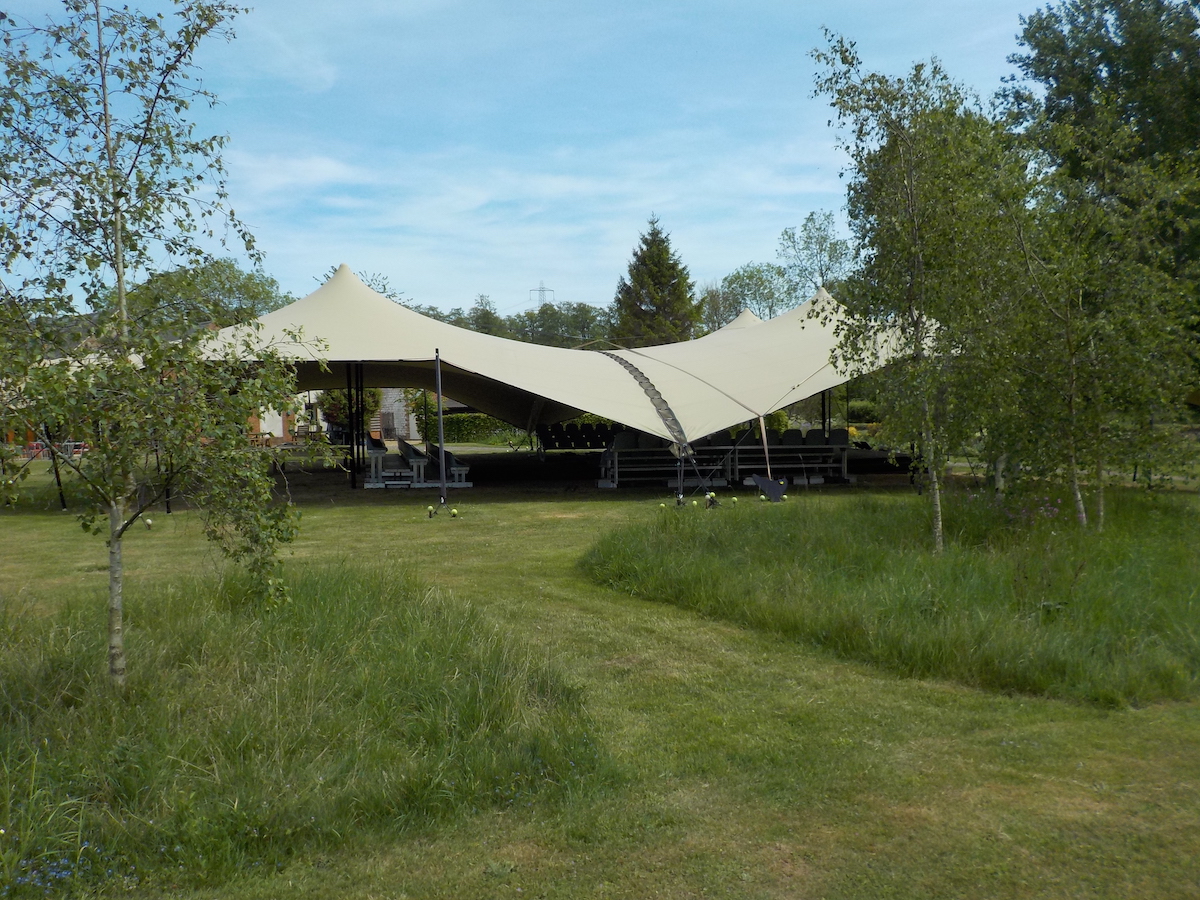 Reassured by the overwhelmingly favourable feedback, the Theatre’s new directors Matt and Sadie Grist used the winter months as the opportunity to reassess that trial season.  As a result, the canopy has been reconfigured for 2022 which will bring two significant benefits.

Firstly, many in the audience will enjoy the landscaped lagoon as a backdrop to the action on stage.  Watching Mr and Mrs Swan parading their young brood might well be an interesting alternative distraction!  Secondly, the acoustics will be much improved by the high-points of the canvas cover now positioned over the performance area.

For future plays in the newly-named Summer House, the interval drinks from the Theatre bar consumed in leisurely fashion on the sheltered south-facing terrace will not be followed by a drift back into the auditorium.  Instead a gentle wander across the grass will take you back to your numbered seat on the raked platforms.

While you are certainly guaranteed to be protected from an unseasonal shower, a fresh breeze could possibly persuade you to pick-up an extra jumper from your car for the second act. 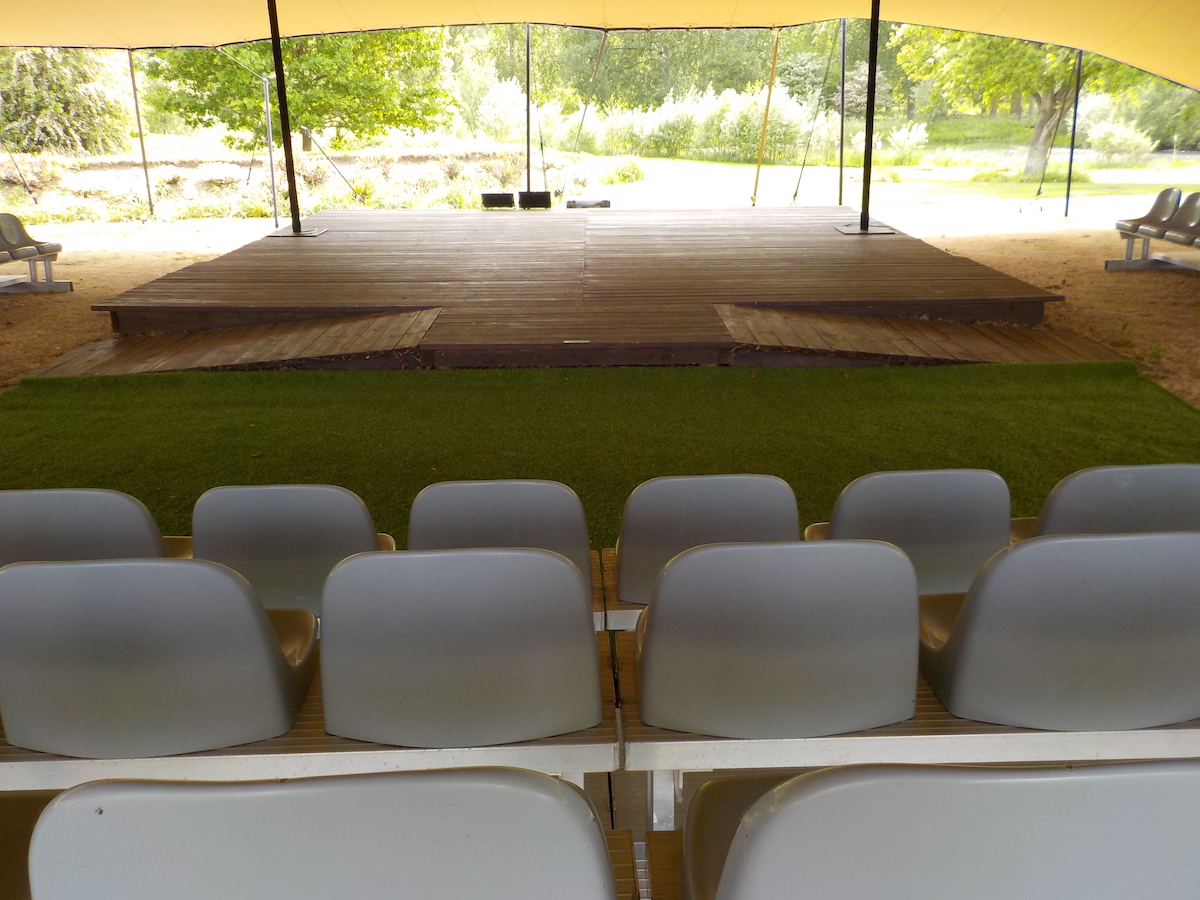 For Westacre’s first complete summer season post-Covid, there will be three thrilling productions from the in-house Theatre Company.  July sees a new version of Animal Farm that’s very full of vim and vigour; George Orwell’s timeless tale is very much a play for today.

Later in July, the second summer production is certainly a fast-paced piece.  A spoof adaptation of Hound of the Baskervilles promises to have you howling with laughter.

A stunning score by multi-award winning Stephen Schwartz underpins Pippin The Musical.  Opening mid-August, it will add a new magic to the story of an ordinary man on an extraordinary journey.

The informality afforded by the great outdoors may encourage you to make more of an outing from your trip and bring along an evening picnic, for example.  For selected performances, you can be thoroughly spoiled by pre-ordering a prepared picnic from the Theatre’s catering team.  Your tasty food, reviving drink, good company and beautiful setting in rolling Norfolk countryside will for some be as essential as the actors on the Westacre stage.

Birds coming home to roost, rustling of the trees and lengthening of the shadows bring you ever closer to the natural world outside the constraints of the more formal auditorium.  Enjoying the moment, players and audience embrace the unexpected intrusions to very live performances.

Sandwiched between these shows are several Sunday picnics with a programme of wide-ranging music. Long established favourites DixieMix Jazz Band pay Westacre two visits in June and August.  Exuberant string quartet Bowjangles are true globe-trotters and make their much-anticipated return in July for their privileged followers at Westacre.

Off-beat but on-key are The Testostatones who will cram your picnic full of Doo-Wop.  The end of summer Sunday show stars the Sheringham Shantymen; catch them before autumn descends.

Elsewhere in the foyer, rehearsal rooms and studio will be the ongoing events for all the arts and crafts people.  Following the lead of some London venues is life drawing with a theatrical twist; a follow-up day to the spring sell-out is scheduled for mid- June.  Later in June, Isobel Bartholomew creates a stimulating environment to explore watercolour painting of early summer flowers.  Carolyn Ash’s Mosaic Workshop delivers fun for all ages.

Fans of new mainstream film releases are served by matinee screenings on the second Wednesday monthly.  For those whose preference is viewing classic films as the sun sets, the Drive-In Cinema returns on Friday evenings. 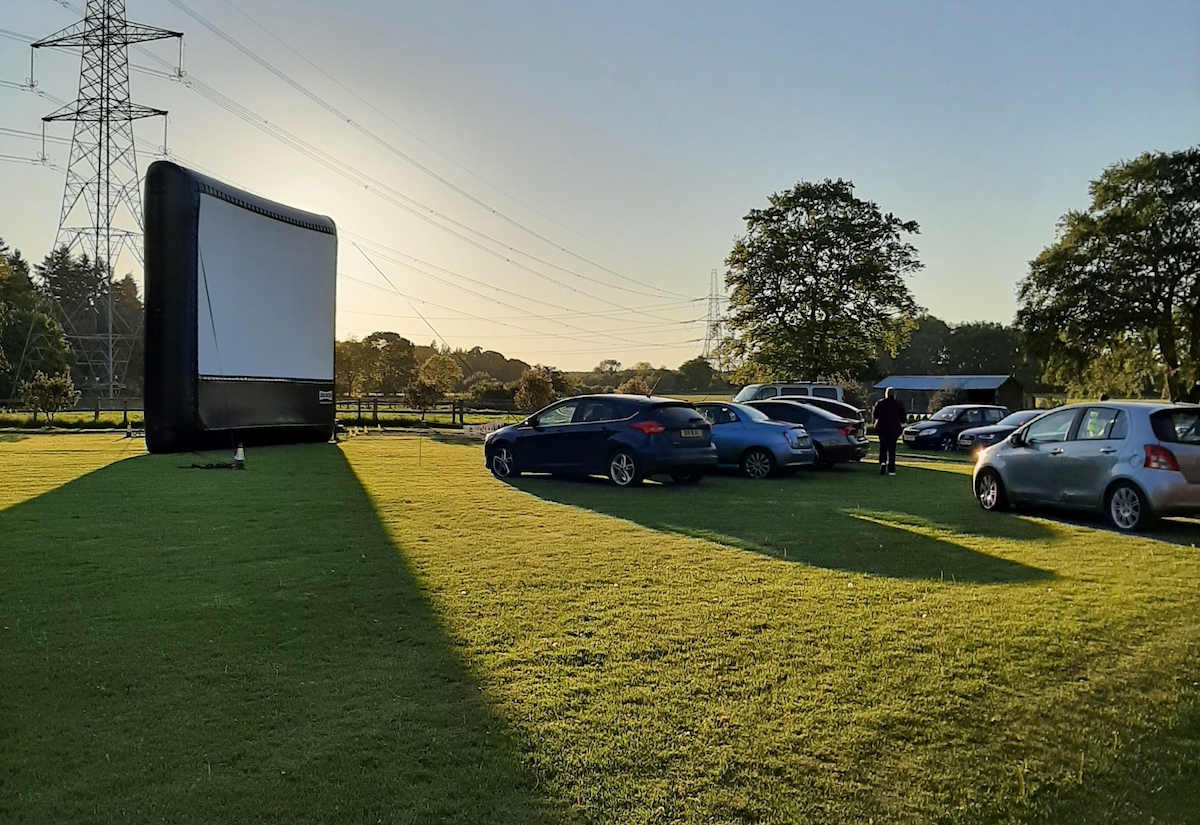 Full details of these events, with new ones being added all the time, are at www.westacretheatre.com where you can book your tickets whenever you choose.  Or you can always leave your message for the Theatre Box Office on 01760 755007. 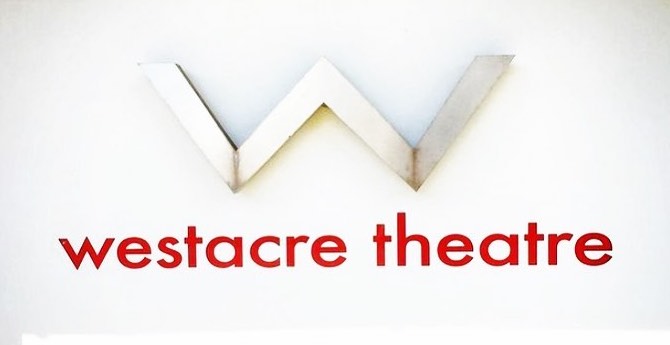 Dipple & Conway
Since opening our first store in 1916, the Dipple & Conway business has successfully grown and maintained as a family-run, independent Norfolk optician. Now, with three stores across Norfolk, based in Diss, Swaffham and Norwich. Our Dipple ...
Explore Norwich Camping and Leisure
If you love exploring the outdoors or just relaxing in your garden then Norwich Camping & Leisure superstore is the place to visit. We like to call it an outdoor "leisure village" with so much to see for the entire family. From outdoor leisure ...
Explore 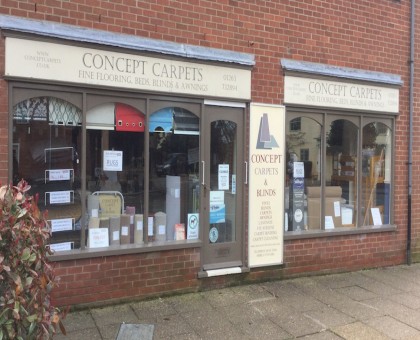 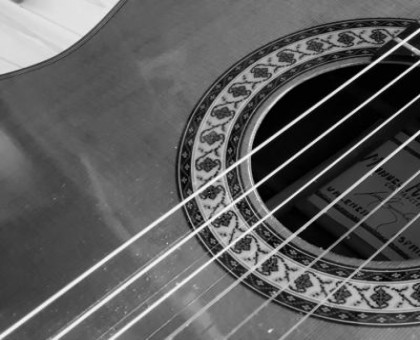 Tim Mason Guitar Tuition
Located in the North Norfolk village of Roughton, I offer bespoke Guitar Tuition to players of all ages and abilities, whether you're an absolute beginner, an intermediate player who just lacks direction, or an advanced guitarist looking to improve ...
Explore

More in this category: « News from Westacre Theatre: Kindertransport opens on June 9 Hold tight please! Sheringham gears up for fun summer season »
back to top