Dashing dragon donated to the Nook by ROARR! Dinosaur Adventure 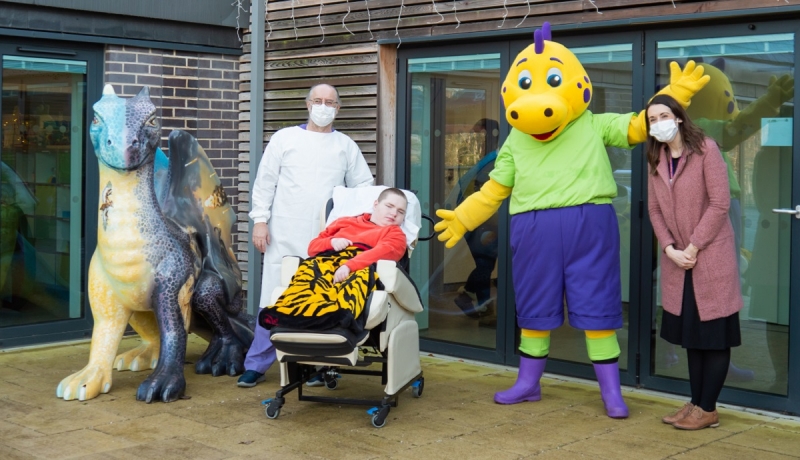 There was magic in the air when a dashing dragon stomped its way into the grounds of a children’s hospice.

The mythical model has been donated by Norfolk’s ROARR! Dinosaur Adventure and will spend the next 12 months at The Nook – East Anglia’s Children’s Hospices’ (EACH) base in Framingham Earl, near Norwich.

Among those to drop him off were Dippy, the attraction’s dinosaur mascot, who met children including Bradley Jackson (pictured).

Adam Goymour, Park Director at ROARR! Dinosaur Adventure, said: “With Christmas just round the corner, we wanted to spread a little festive cheer to those who need it most and we hope the children and families at The Nook enjoy the beautifully-painted dragon. Dippy and our staff enjoyed making the special delivery and it’s lovely to support and help an amazing organisation like EACH.”

ROARR! Dinosaur Adventure bought the dragon at an auction organised by the charity Break, after it had been used during the 2015 GoGoDragons interactive art sculpture trail in Norwich. The display brought 84 large dragon sculptures and 120 school dragons to the city and this one appeared at Millennium Plain. It was painted by artist Will Adams, who has gone on to paint murals for ROARR! One side is dark and depicts the extinction of dinosaurs while the other is more colourful and shows them in their prime. 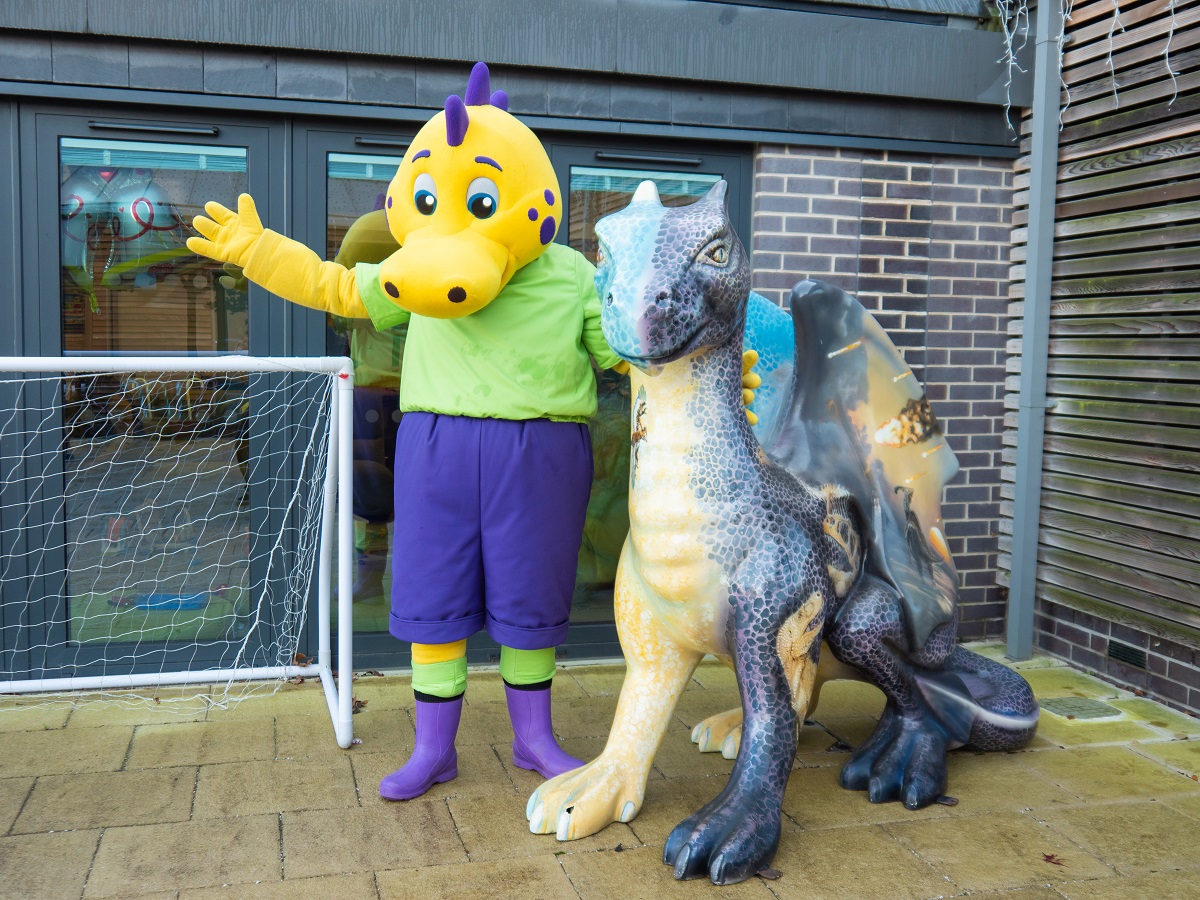 Caroline Allen, EACH Senior Corporate Fundraiser, said: “What a lovely gesture from our friends at ROARR! Dinosaur Adventure. The dragon is a beautiful, eye-catching addition to our hospice grounds and the children loved seeing Dippy through the windows at The Nook. It’s a shame he couldn’t come inside but it still made for a very exciting morning. We were delighted to welcome the team and are grateful for their kind loan of the dragon.”

Michelle Briggs, EACH Service Manager at The Nook, added: “We’re extremely grateful to everyone at ROARR! Dinosaur Adventure. The dragon has taken pride of place within our grounds and looks at home already. It’s a fun, striking addition and I’m sure it will be a real talking point for our families and staff.” 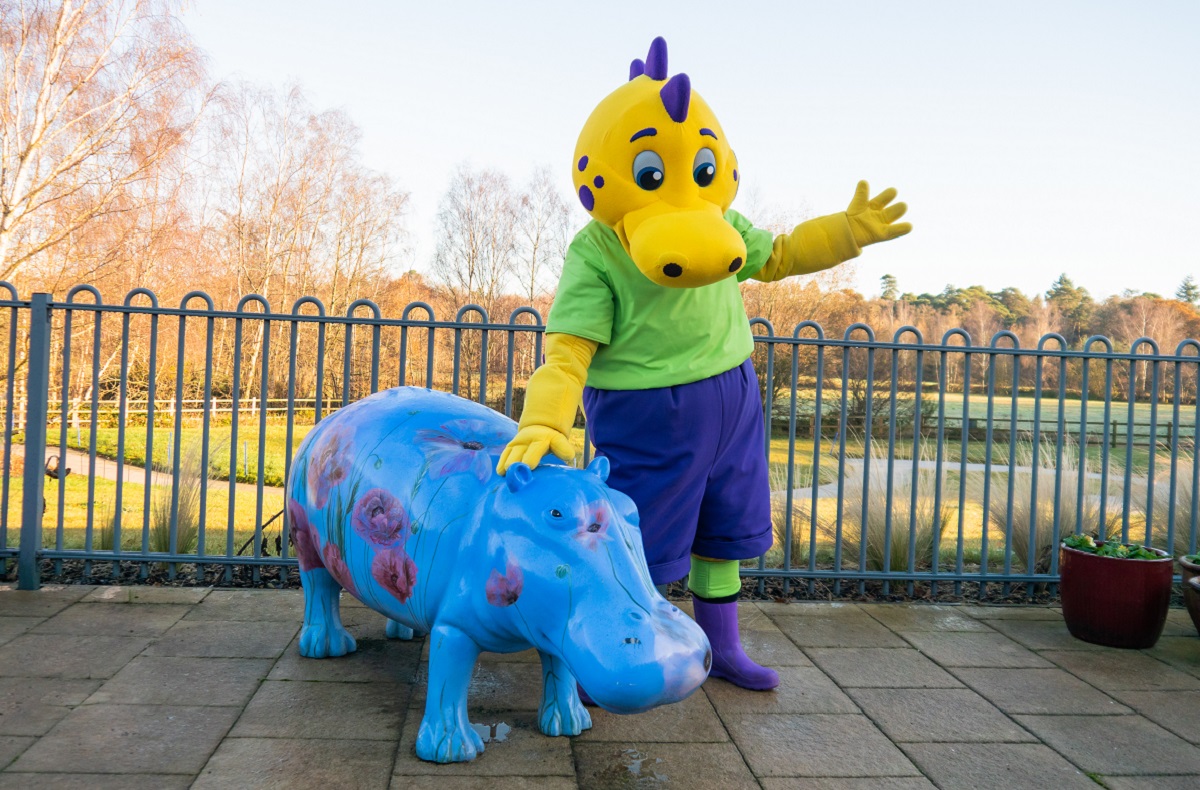 Mattishall Golf Club
Mattishall Golf Club, located between Dereham and Norwich provides a 9-hole course that challenges experienced players, but is also a great course for those new to the game and a six bay covered driving range which is open to members and ...
Explore

Autumn Years Day Centre
‘We believe in nurturing the mind, body and spirit for all those 60yrs and over, with or without disabilities taking steps to a long, happy life.  Our meaningful activities stimulate physical, mental and social well-being throughout.  Our ...
Explore More in this category: « Gingerbread houses prove a real sweet treat thanks to the generosity of police officers and staff Air ambulance marks Christmas appeal success »
back to top