Overwhelmed Shanice cried tears of joy after raising more than £2,000 for her EACH “angels 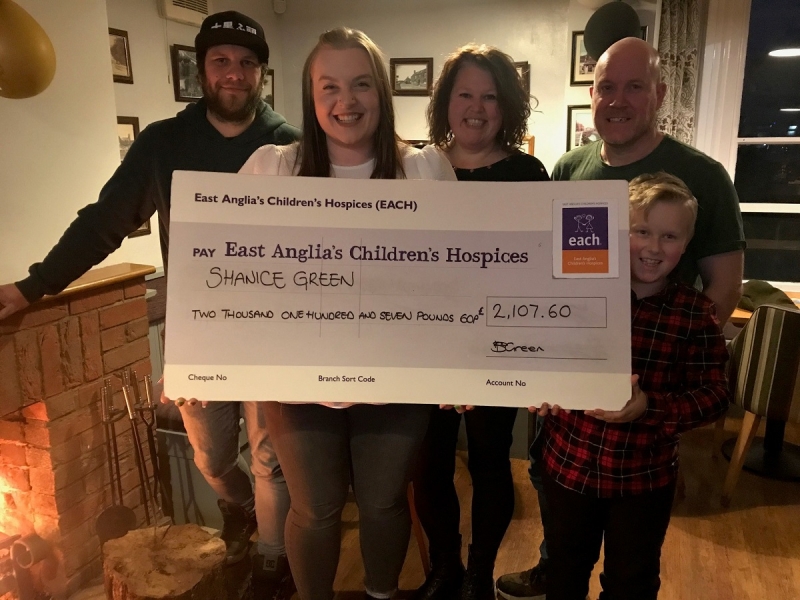 Kind-hearted Shanice Green admitted being overwhelmed and crying tears of joy after quadrupling her fundraising target for 2021.

The 25-year-old, whose brother, Leo, died in 2010, is a long-time supporter of East Anglia’s Children’s Hospices (EACH) and set herself a modest goal of £500. Instead, after arranging a series of events throughout the year, including a successful fancy dress party, she ended up raising more than £2,000. Her phenomenal efforts will help the charity continue supporting families and caring for children and young people with life-threatening conditions across Cambridgeshire, Norfolk, Suffolk and Essex.

Shanice said: “I’m very proud, happy and grateful for the support I’ve received. To have raised so much is overwhelming. It’s lovely and something I didn’t expect. I cried tears of joy when we hit £2,000. I just couldn’t believe it. People are buying into these events and that gives me such encouragement. I enjoy organising things. I find it fun and relaxing and when things come together and are successful, it’s so rewarding. My whole family are right behind me, as well as my partner, Gareth. The support is incredible and even complete strangers have made donations. Raising so much this year makes me hopeful I can hit £3,000 in 2022."

“I’m setting my sights high and being guided by people in my Facebook group. I’ve done some polls, asking people the kind of thing they’d like. I always want feedback and for others to get involved because these are the people that are donating. I’m always trying to think outside the box and passionate about fundraising. It’s something I’ll be doing for a very long time because I have such a connection with EACH.”

EACH is a cause close to Shanice’s heart, having lost baby brother Leo when he was just 20 days old in 2010. He was born prematurely at 23 weeks at the Queen Elizabeth Hospital in King's Lynn. It meant his organs were not developed enough to survive. His family spent the next three weeks at EACH’s former Norfolk hospice at Quidenham. While there they received “amazing” support, in addition to help organising Leo’s funeral. 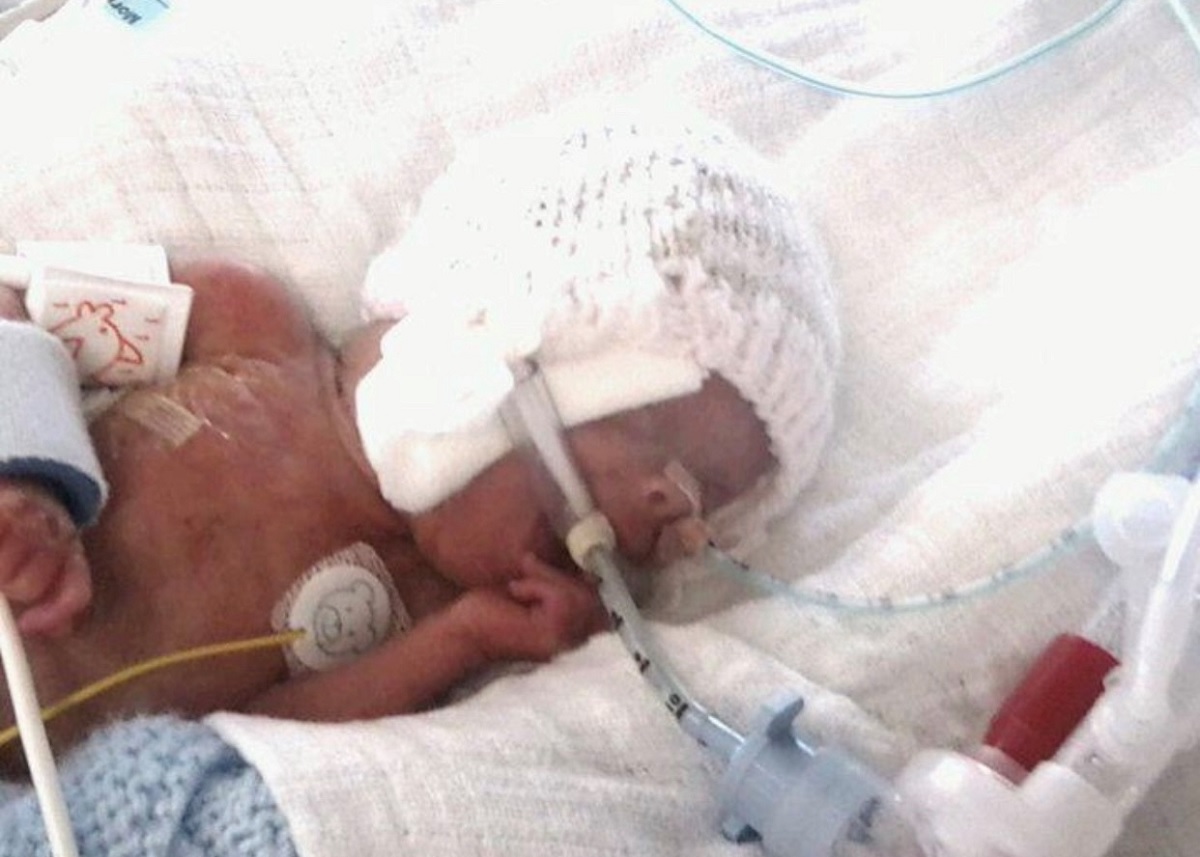 “Because of the fundraising, I’ve told my story a lot in the last couple of years and it’s really helped,” said Shanice. I love and enjoy talking about Leo. I think about him all the time and was in the room when we lost him. I was traumatised. However, he’s given me a gift – the opportunity and platform to raise money for EACH. I wouldn’t have had the drive to do it otherwise. To put it simply, its care staff are angels sent from above. Without them, my family wouldn’t have coped or managed and the support they gave us was absolutely amazing. Mum and dad wouldn’t be where they are today without the help they received. What happened has opened doors for me in terms of supporting the charity and it’s something I absolutely love doing. I try not to be sad anymore and everything we do is in Leo’s memory. It’s a celebration of his life and about trying to turn something very negative into a positive.”

Shanice has every reason to be proud of her herculean fundraising efforts. Highlights from this year have included a bowling night, an online bingo night and a fancy dress party, selling T-shirts and mugs carrying the EACH logo. Shanice even had her nails painted in the charity’s colours to show her allegiance.

This year’s tireless efforts came off the back of raising £405 in 2020 and back in 2011 Caroline and Lee Green, her mum and dad, raised £2,723 from a party in Leo’s memory. Next year, Shanice plans to raise £3,000 and dates in the diary include a ten-pin bowling event, a quiz, bingo night and Casino Royale-themed fancy dress party in November. She then plans to hold her first charity ball in 2023.

“This is the first year since we lost Leo that I’ve been looking forward to Christmas,” added Shanice, who works for MENCAP and lives in March, Cambridgeshire. It’s been a very hard few years and I finally feel in a place to celebrate. It’s taken a lot of work, and support, to get me to this place.”

Tim Jenkins, EACH Community Fundraiser for Norfolk, said: “Shanice should be proud of her magnificent fundraising efforts in 2021. Shanice is a shining example of how the determination and enthusiasm to promote her events and raise funds can achieve such a wonderful result.” 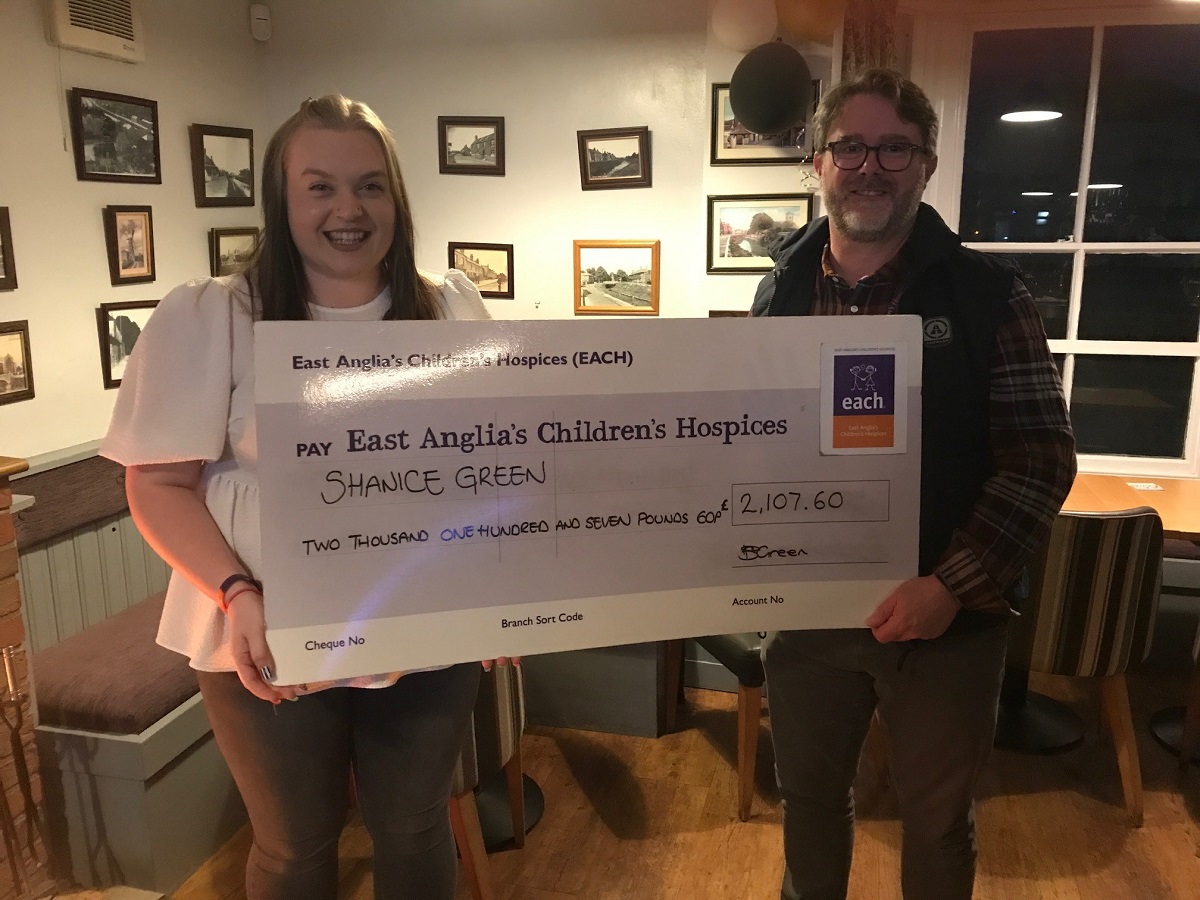 More in this category: « Local businessmen epitomise Christmas Spirit Joining the EACH team as a volunteer van driver could be right up your street »
back to top