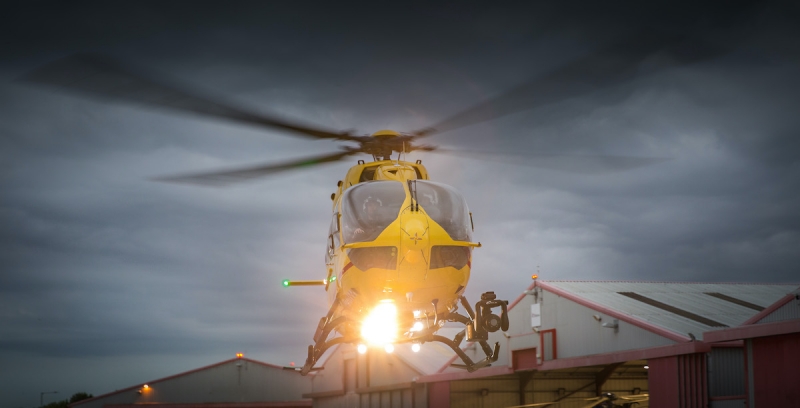 All images courtesy of EAAA

Since the launch of EAAA’s 24/7 service by air and road on 30 June and up until 7am on Monday 18 October, the charity’s crews have been tasked 307 times between 7pm and 7am, averaging nearly three missions a night.During this time, 87 of the taskings were by helicopter and 220 by rapid response vehicle.

As the nights draw in and the seasons change, the EAAA teams will be operating even more during the hours of darkness, to provide enhanced critical care, by air or by road, to people living across Norfolk, Suffolk, Cambridgeshire and Bedfordshire

EAAA has been providing 24/7 care from both its bases in Norwich and Cambridge by rapid response vehicle for the last 18 months but began flying around-the-clock for the first time on 30 June this year, extending the night-time helicopter emergency medical service coverage in the region from its previous finishing time at 1:30am to complete coverage through to 7am. This change saw EAAA become the first air ambulance in the East of England to become 24/7 by both air and by road. 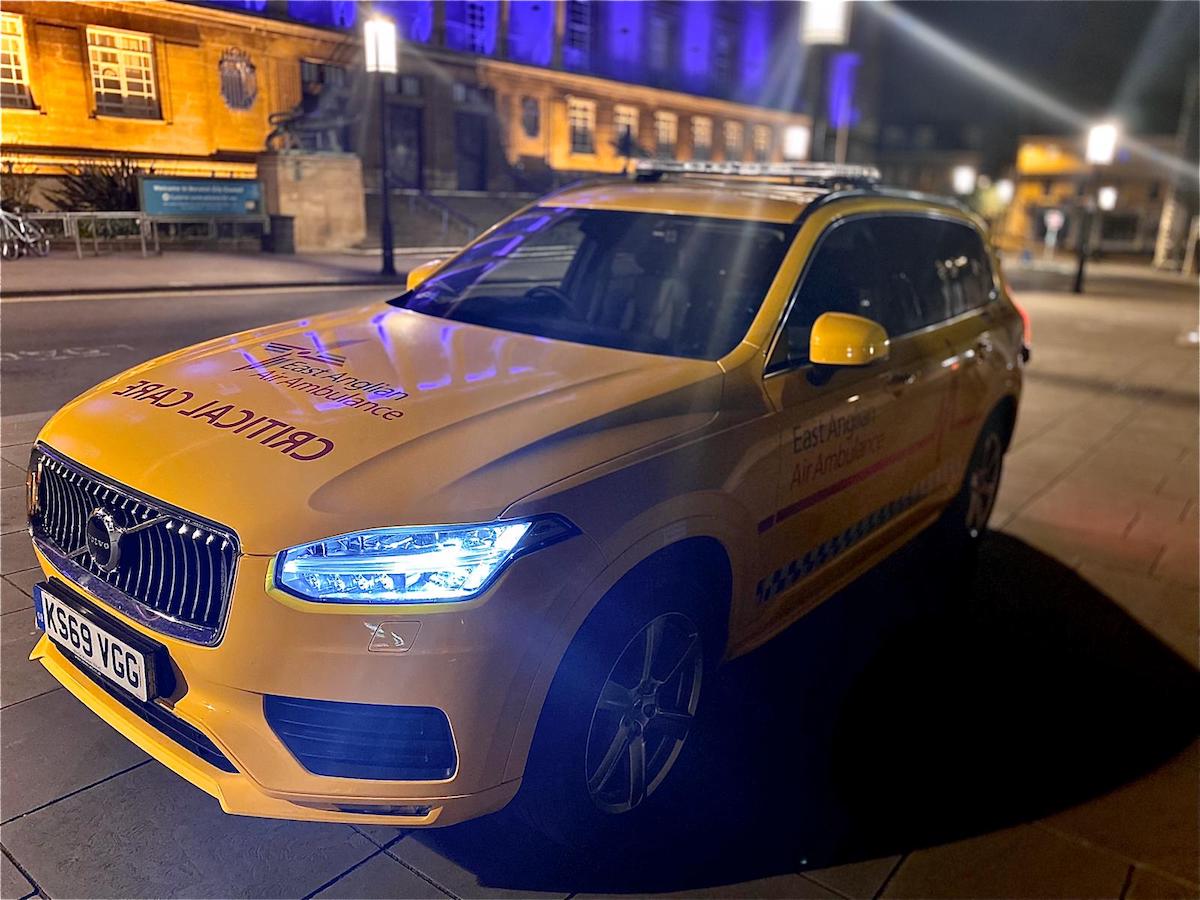 As a result of the increased operational hours, the crews have been able to cover a much wider area in East Anglia at night, helping more patients than was previously possible. By air, the crews have been tasked to Peterborough, across north Norfolk, into the depths of south Suffolk and as far southwest as Harpenden in Hertfordshire, to a mixture of emergencies including accidental injuries, cardiac arrests, road traffic collisions, medical emergencies, self-harm incidents and assaults.

Matthew Jones, CEO of EAAA, said: “We’re just over three months into providing a fully 24/7 service for the region and we’re really pleased to see that our teams are already making a big difference to people all over East Anglia and beyond. We can see that we are being tasked over a much wider area at night than ever before, showing that we’re taking our enhanced critical care skills to those patients most in need of our help.

“Moving towards providing a 24/7 service has taken us the best part of four years and included raising an extra million pounds a year to fund this change, extending to 24/7 operations by rapid response vehicle first and expanding and renovating the charity’s HQ in Norwich, to adequately house a 24/7 service by air and by road. We are incredibly pleased to now be able to offer the same level of service, no matter what the time of day or night, to our patients and their families and this is only possible thanks to our incredible supporters.”

To facilitate the additional night flying at Norwich Airport also required upgrading the control system for the runway lights, costing around £60,000 which was kindly funded by the HELP Appeal. This drastically helps to reduce light pollution and saves energy by allowing the EAAA pilots to turn the lights on remotely via the aircraft VHF radio as they depart or approach the airport.

EAAA needs to raise £15 million a year to deliver and develop its life-saving service and is grateful to all of its supporters for the essential donations which keep the charity flying and have made a 24/7 service by air a reality for the people of East Anglia. 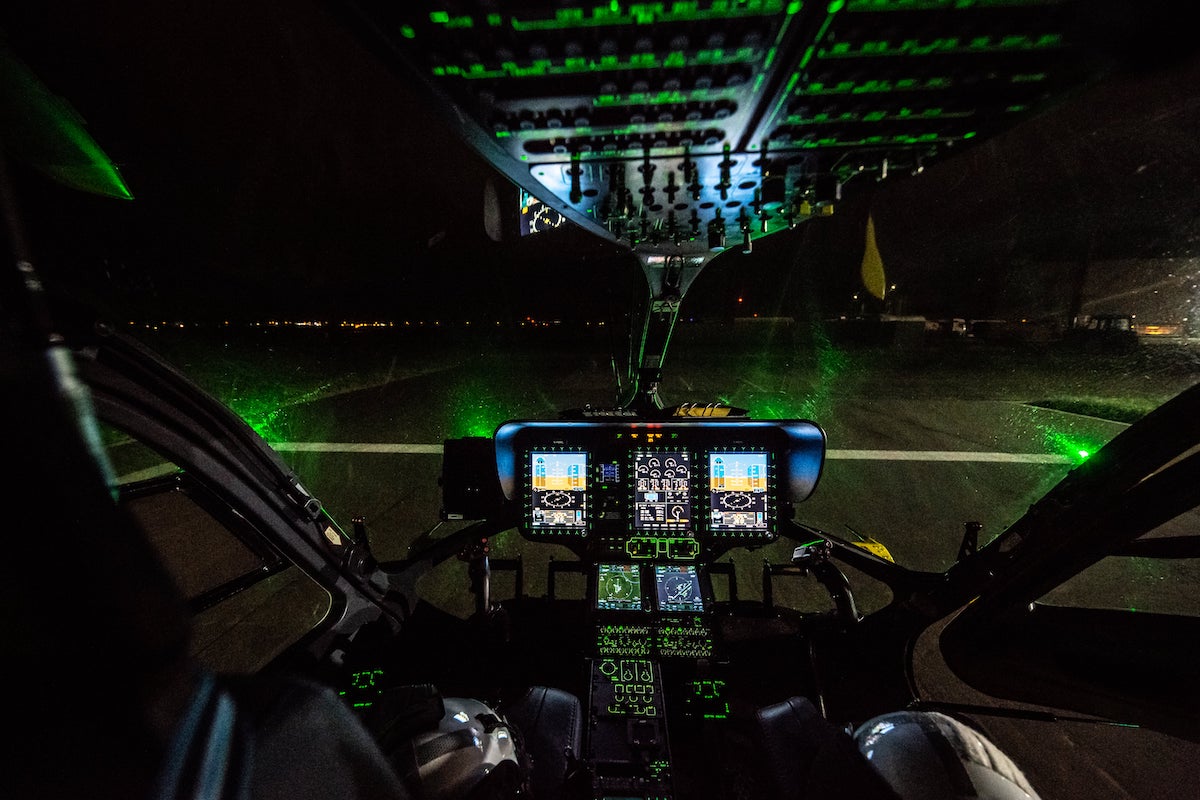 Nar Valley Cottages Norfolk
Our beautiful converted farm cottages, set in the heart of West Norfolk, are equipped with everything you could need to enjoy a countryside spa break. We're situated in the beautiful Norfolk countryside, just 15 minutes from the market towns of ...
Explore Poolside Lodges - Self Catering Accommodation with Hot Tubs
Poolside Lodges is a family run site of 3 single storey lodges located 5 miles from the heart of Norwich city and the Norfolk Broads, meaning we have the best of both worlds on our doorstep; the stunning architecture of the city with its wealth of ...
Explore

The Digbys Art - Curation, Exhibitions and Events
The Digbys Art is based in Norwich but can work across Norfolk and East Anglia Curation Having handled curation of exhibitions for galleries, fine art auction houses and individual artists, they can now work in all manner of venues ...
Explore

Hot Tub Barn
Hot Tub Barn is a family run business with a good reputation, and has been selling hot tubs for over 15 years. With several showrooms in UK including Kings Lynn, we have a wide range of hot tubs and swim spas on display with water in so you can see ...
Explore

More in this category: « Little Matthew raises more than £100 for EACH after enjoying our Bubble Rush bonanza Can you spare some time to volunteer at EACH's popular Wymondham shop? »
back to top