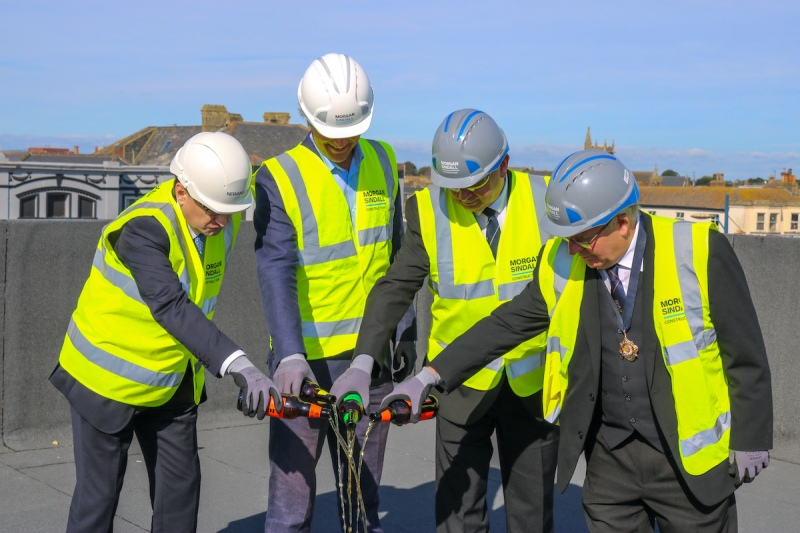 Great Yarmouth’s new Marina Centre, currently taking shape on the resort’s seafront, today (Thursday 23 September) moved another step closer to opening its doors to the public when a ‘topping out’ ceremony was held.

Pouring a celebratory glass of locally-brewed beer over the top-most beam of the building, leader of Great Yarmouth Borough Council, Cllr Carl Smith described the ceremony as “a great privilege for me” as he marked the completion of the exterior of the centre.

He said: “We’ve now reached an exciting milestone in the construction of this landmark building. This new state-of-the-art visitor destination will be a major year-round boost for Great Yarmouth and the surrounding area, bringing great benefits in supporting the health and wellbeing of our community and visitors for many years to come. It is also a stunning addition to our seafront.”

The old Marina Centre closed to the public on 31 October two years ago and was demolished between February and August last year. Great Yarmouth Borough Council appointed contactors Morgan Sindall Construction last November and they broke ground in January this year. Since then, the building has rapidly taken shape in a very short amount of time and with the project on schedule and on budget, it will open its doors to the public in summer next year.

This £26million project is a major investment for the borough and is funded by the council, with £2.5million secured from the Government’s Getting Building Fund via the New Anglia Local Enterprise Partnership, £1.6million from Sport England, and £500,000 from Pooled Business Rates.

“We are hugely grateful to the New Anglia LEP and to Sport England for their financial support of this important project which was crucial in enabling us to push forward with it and which, in turn, will act as a catalyst to encourage further investment into our area,” Cllr Smith said.

Alister Broadberry, area director for Morgan Sindall Construction East, said: “Seeing the Great Yarmouth Marina Centre take shape has been really rewarding for the whole team, as it’s a truly transformational project that promises to deliver a long-list of benefits for the local area. 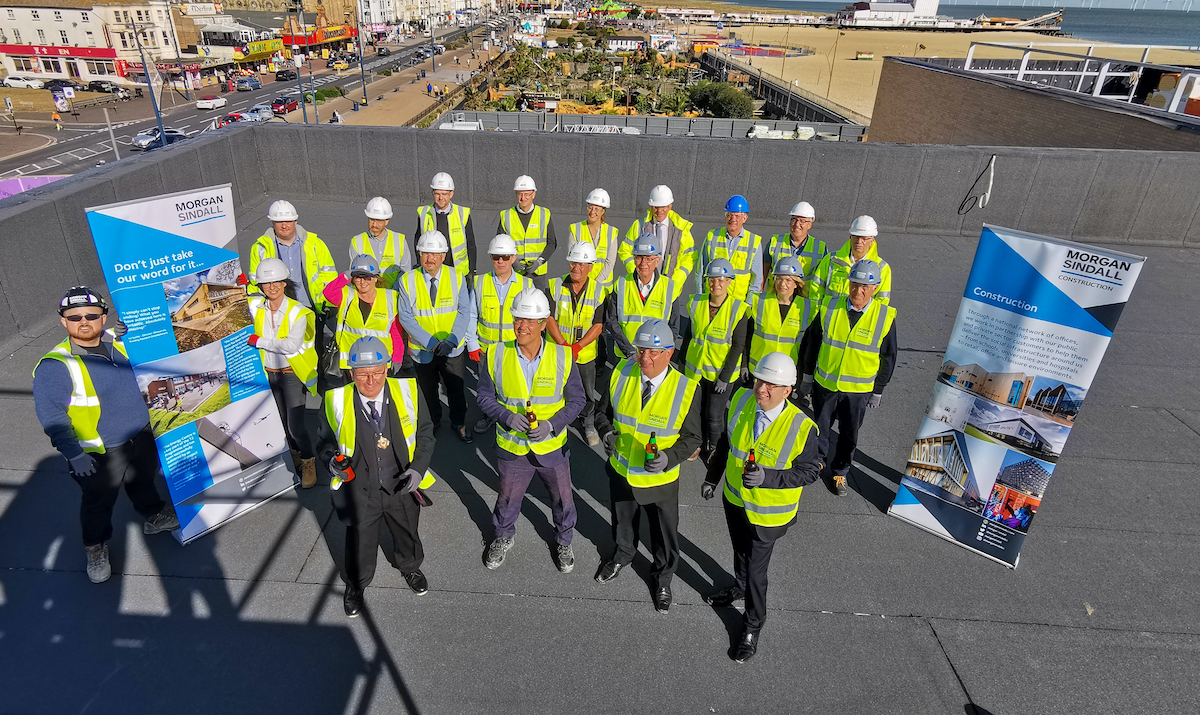 “Today’s ceremony underlines just how well works are progressing at what will be a first-class health and fitness centre. Working closely with Great Yarmouth Borough Council and the community has been crucial throughout our work on the centre, in order to ensure that it will deliver the most value possible for the people living, working in and visiting the town.”

In the construction industry, ‘topping out’ ceremonies are viewed as a builders' rite, traditionally held when the last beam is put in place atop a structure during its construction. This often involves pouring a beer over the top of the building or placing a tree or branch on it. 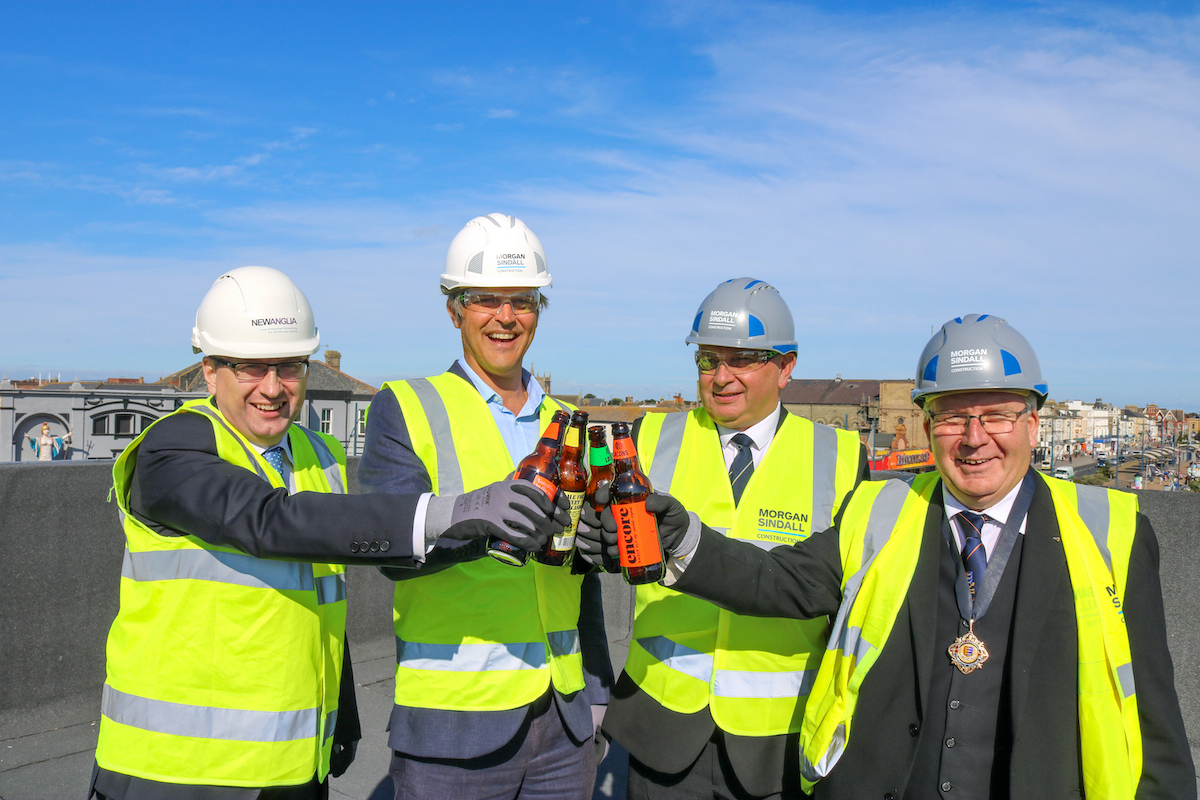